What personifies a legend? 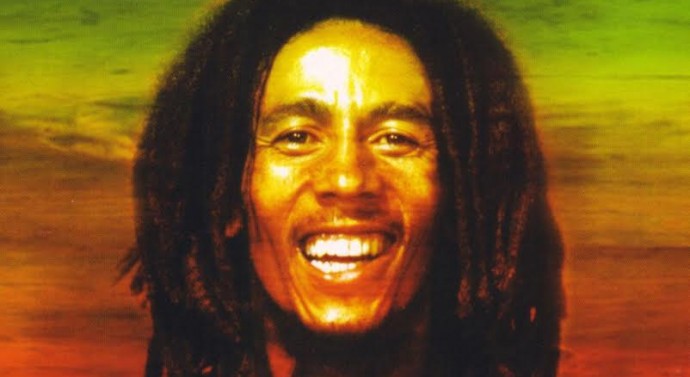 None of us are stranger to this word! Are we? If you look around, sitting in coffee shops or as you gently puff away the troubles of your life; regardless of their impact on your everyday existence, one keeps hearing the word every now and again.

In India, a nation that thrives on idol-worship and who are we to judge whether justifiably so or not, a legend is often a Cricketer, a famous Film Celebrity and if kindness manifests itself in lesser celebrated forms, then perhaps, a musician or an artist.

But, chances are, if you traverse geography and turn a few pages of history, you might stop across a name called Bob Marley, if you fancy searching for the meaning of legend. 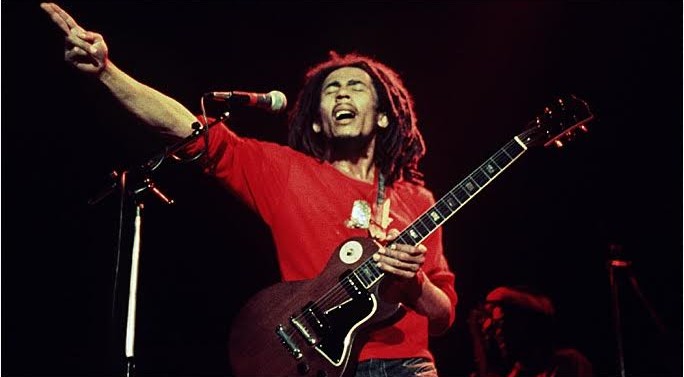 This isn’t just because the iconic Jamaican is today, over three decades after his death, amongst the most recognizable faces in the world. It has got to do with the power of Marley’s music, that resonates across the world, not just in his home Jamaica, but in every part of the world where violence has voiced its impact over peace.

From Nine Mile to Trenchtown 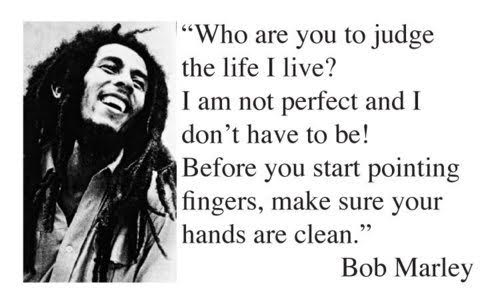 Jamaica, one of the world’s most endearing hubs, one often perceived surprisingly with a parochial lens of being this ‘pot smocking’, ‘ganja rolling’ paradise is where Bob Marley hummed his perfect notes. Never a rich kid and brought up in humble beginnings, Marley Sr. departed when young Bob was just 10.

With not much to contend with materially but just about enough to sustain all the way, by 12, mother Cedella who passed away in 2008, took her son to Trenchtown. This would eventually prove to be the greatest thing that ever happened to Bob Marley and therefore, his timeless music.

Emblematic in a number of his songs, as appearing under the banner of the iconic Bob Marley and the Wailers, a band formed in 1963, Trenchtown gave Marley early introduction to Reggae and a fond partnership with childhood mate, Bunny Wailer.

Separated although by an hour and twenty nine minutes by geography, Trenchtown may only be hardly over an hour’s drive from Kingston but this iconic inter-mingling of geography gave the Calypso lovers, the true King of good times and to us fans, the irreplaceable Bob Marley.

Music has no color, violence most certainly does 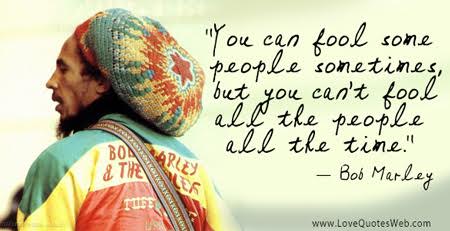 While Marley departed sadly at a very young age of 35, but not before painting the world with colors of raggae, something that grows on you soon as it is played, 68 year old Wailer, alive and kicking, has been named by Newsweek as one of the three most important musicians of World Music.But, truth be told, the mane and exuberance of the casual yet resplendent Marley, kept aside, it is the significance of his music and the impact it had in its times which places the Jamaican on the top pedestal of world’s greatest artists. 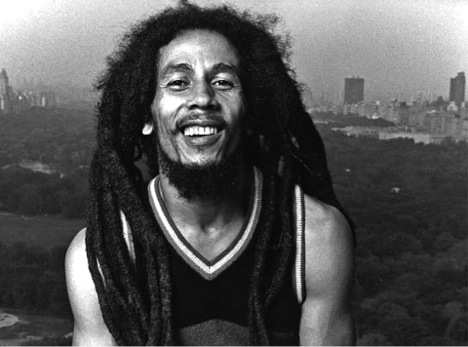 Not that we need to be reminded of the revenge that Geography plays or of the divisiveness it imposes on us mortals, but even today the sound of helplessness is echoed by the pain of the slaves that were once shipped into the Caribbean from the Africa. It reverberates across the whole wide world. In times where the color of his fellows’ skin was marked by agony, Bob Marley’s timeless jewels such as, Get Up Stand Up, Buffalo Soldier and Africa evoked music amidst understated misery.

Not that the world has changed today remarkably. We have got the West still indulging in ‘Power and Authority Wielding’ over nations that are stupidly dubbed ‘third world countries’ despite their GDP showing promise and a certain robustness of growth.

But, while the intellectuals continue to prosper toward far reaching corners of the world, echoing for parity and justice, equality and sanity, no matter how small their collective count, even those who are strangers to Reggae, a term attributed to Calypso music (origins in Venezuela and Trinidad) cannot hold themselves from jiving to the Jamaican’s captivating beats. 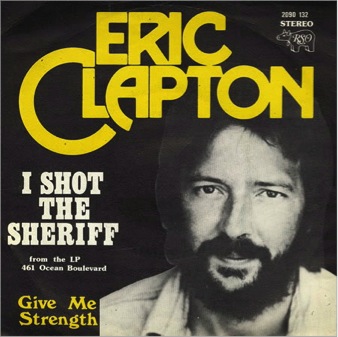 Starting out early through his iconic unit; Bob Marley and the Wailers (1963-81), Marley, through melodious but thought provoking numbers such as ‘Judge me not’, ‘One cup of coffee’ and ‘Terror’ would go on to find lyrical and creative meaning in a partnership that not only nurtured the craft of close friends- Peter Tosh and Bunny Wailer- but lead to a revolution through music.

The period of 1966 to 1974, gave Marley more zing in his craft and thus came upon marriage to Rita Marley, with whom he would move to Delaware, United States. The soulful singer would also experiment and convincingly so during 1968-72 through songs such as ‘Stay with Me’ and ‘Splish for My Splash’, a period where he visited Blues and Jazz legend Jimmy Norman, who wrote for Jimmy Hendrix and American raggae singer-songwriter Johnny Nash.

Many to this day forget that amongst the most popular of Marley’s numbers, “I shot the Sherriff”; a melodious anthem about the redemption of the suppressed came to prominence originally thanks to Eric Clapton. The “Cocaine” singer sang Marley’s epic hit, originally released in 1983, two years after the Jamaican’s death in 1981. In so doing, Clapton united Marley fans worldwide to applaud a number that marked the characteristic infallibility of the Jamaican’s craft, as brought out ably by a melody that narrated an unsung hero’s plight against suppression and slavery.

Often in recording the tumultuous careers of mega musical talents, it is emphasized one hails age, rather the youngness of it in defining the impact of a star and his creativity. Picture the legendary Michael Jackson and the evergreen Princess of Pop, Madonna. Then you have the likes of Morrison, Hendrix, Joplin and Brian Jones. After all, even Cobain attained his own version of ‘Nirvana’, first by tasting musical ecstasy through his amazing talent in those exciting days of early 90s up upon his curtain call. But, artists like Bob Marley signify a different dimension toward success.

That we often attribute success to an individual reaching prominence in early stages is not just a misnomer but perhaps our own created fallacy. In a life where he dished out a massive hit one after the other, with the likes of 1976’s No Woman No Cry, 1977’s Jammin, Exodus and Could you be loved in 1979, Marley who still sits atop the name of some of the most impactful talents in world music attained a global reach not before turning 31.

The timeless voice of redemption 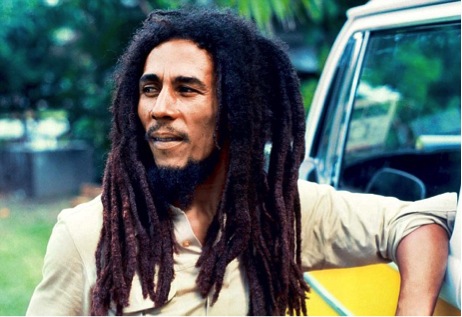 A soccer fan, Marley could dribble not just the ball but squish past tumbling lady hearts here and there. Here was a man who was as definitive in his capturing of the feelings of inner turmoil (redemption, survival, sensitivity, suffering and pain ) as profound in igniting people’s spirit – through tears, compassion, fight back and unity. He may have given us very little of what he could have offered for his short lived life was lived on excesses in which he sought jubilation, but from the standpoint of viability, meaning and soulfulness Bob’s beats are one that cannot ever be contained by the sifting tides of time.

Even in an era where live gigs and electronic sounds manufactured largely by instruments that are meant to amplify, the Trenchtown legend’s voice holds promise to echo truth that no mortal tying of big words can connote. For his reach, talent and timeliness we celebrate with pride the legendary success of the world’s most loved Rastafarian. 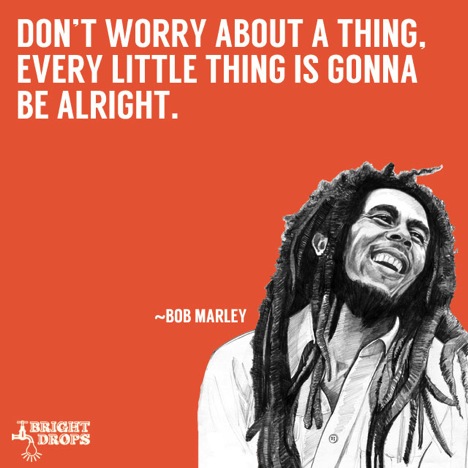