With the new Star Wars movie releasing this December, there’s a lot of hype going around. And to those who don’t know what Star Wars is about, you haven’t lived!
So what’s better than a complete Dummies Guide To Star Wars?

A spiritual power called ‘The Force’ is used by people for either the bad guys (The Empire) or the good guys (The Rebel Alliance). It’s like a gigantic Space Opera where people fight with shiny swords. (known as lightsabers)

Some people are able to develop their control of The Force better than others. Those who do so for the good are elevated to the status called “Jedi.” The Jedi sharpen their skills and train others to benefit all of mankind. They’re the good guys. 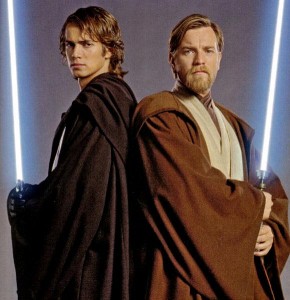 As the evil Galactic Empire surges to gain domination over all people, The Rebel Alliance finds and trains promising Jedi to keep people free. It’s their job to protect people and not let the Empire dominate them. 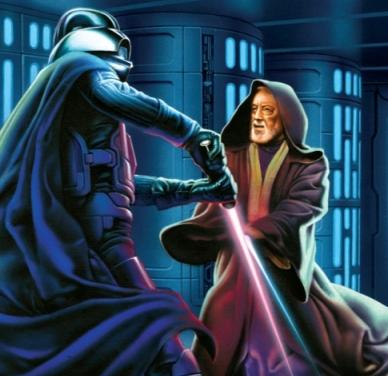 Then we have our Anakin Skywalker who has amazing potential. After attaining the finest training as a Jedi knight, he rebels against his teacher, Obi-Wan Kenobi. (He ends up murdering Obi-Wan Kenobi and joins the Dark Side of the Force and the Evil Galactic Empire, and changes his name to ‘Darth Vader.’ (The most epic villain of all time!) 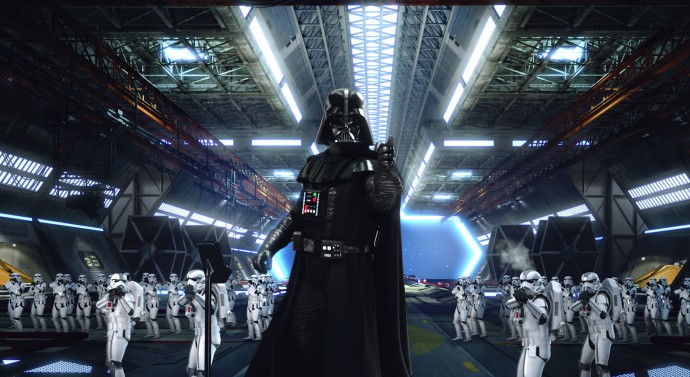 Episodes 1-3 cover up to this point. So the first there episodes are a brief introduction into the Star Wars Universe and introduces most the characters. Anakin joins the Dark Side (you can’t blame him, the Dark Side has cookies!) and transforms into our villain Darth Vader. 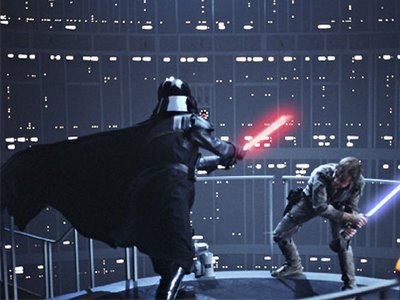 Before his death, Obi-Wan manages to successfully train Anakin’s (Vader) son who was hidden from Vader, and is now all trained to become a Jedi. With help from friends Han Solo and Princess Leia, Junior Skywalker Luke receives further advanced training from Jedi Master Yoda and wins a series of ridiculously exciting victories against the Empire in a really dramatic fashion. And there must always be plot twist, right? Luke later finds out that he is twins with Princess Leia and son to Darth Vader. (How did he not know? Darth is a variation for Dark and means Shadow Warrior. Vader is Dutch for Father. Darth, we see what you did there! Four for you Vader, you go Vader!)

Torn by his newfound knowledge of being Vader’s son, Luke Skywalker eventually wants to destroy his father and replace him as the Empire’s hitman. He spares his father, they reconcile, so do Skywalker and Leia and order is finally restored to the galaxy!

And that’s where episodes 4-6 end, and now we can’t imagine what’s going to go down in episode 7!

Here are the list of characters you need to know about :

A legendary Jedi Master, Obi-Wan Kenobi was a noble man and gifted in the ways of the Force. He trained Anakin Skywalker, served as a general in the Republic Army during the Clone Wars, and guided Luke Skywalker as a mentor. Youthful Kenobi remains a figure of moral and physical courage, despite being clearly doomed by dark events to bitter loss and solitude. 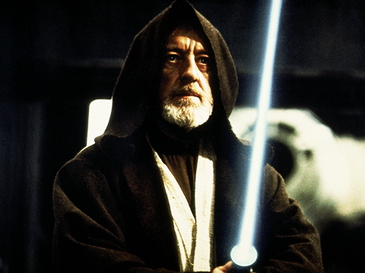 Once a heroic Jedi Knight, Darth Vader was seduced by the dark side of the Force (because they have cookies). He became a Sith Lord and led the Empire’s eradication of the Jedi Order. He changed his name to Darth Vader (meaning Shadow warrior) from Anakin Skywalker and is the father of Luke and Leia! 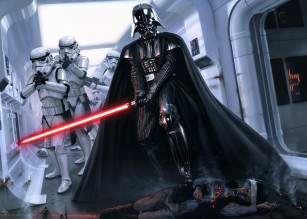 Princess Leia is one of the Rebel Alliance’s greatest leaders, fearless on the battlefield and dedicated to ending the absolute power of the Empire. Daughter of Padmé Amidala and Anakin Skywalker, sister of Luke Skywalker, Leia ranks amongst the galaxy’s greatest heroes. 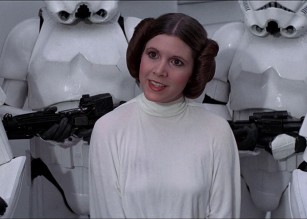 Luke Skywalker rose from humble beginnings to becoming one of the greatest Jedi knights the galaxy has ever seen. Along with his friends Princess Leia and Han Solo, Luke battled the evil Galactic Empire and discovered the truth of his parentage, thus ending the tyranny of the Sith. 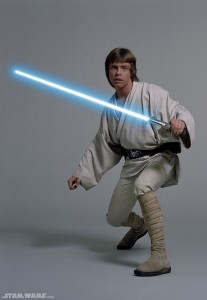 Han Solo, captain of the Millennium Falcon, was one of the great leaders of the Rebel Alliance. He and his co-pilot and friend Chewbacca joined Luke Skywalker and Princess Leia Organa in the fight against the Empire. He’s a hero.

Legendary Wookiee warrior and Han Solo’s co-pilot, Chewbacca was part of a core group of Rebels who helped restore freedom to the galaxy. Known for his short temper, Chewie also has a big heart — and is unswerving in his loyalty to his friends. 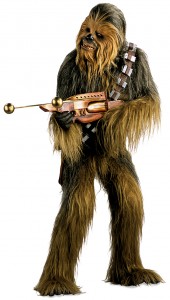 Yoda was a legendary Jedi Master. Small in size but very wise and powerful, he trained Jedi knights for over 800 years, playing important roles in the Clone Wars and the instruction of Luke Skywalker, thus unlocking the path to immortality. 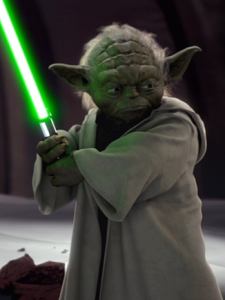 A deadly, agile Sith Lord trained by the evil Darth Sidious, Darth Maul was a formidable warrior and scheming mastermind. He fell in battle against Obi-Wan Kenobi, the Zabrak from Dathomir would prove to be much harder to destroy than originally believed. 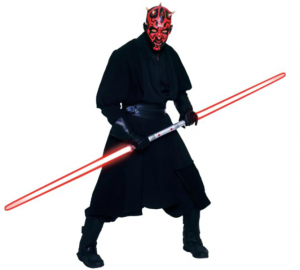 A resourceful astromech droid, R2-D2 served Padmé Amidala, Anakin Skywalker and Luke Skywalker in turn, showing great bravery in rescuing his masters and their friends from many perils. 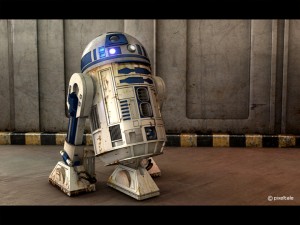 With his famous Mandalorian armour, lethal weaponry and silent attitude, Boba Fett was one of the most feared hunters in the galaxy. Boba learned combat and martial skills from a very young age. Over the course of his career, he became a legend. 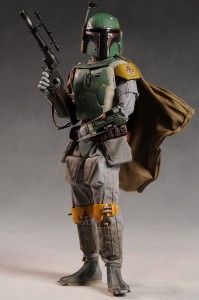 We hope you enjoyed this guide! Now that you’ve read about it all, get hold of the comics and the movies and choose your side. And always remember to choose the Dark side for they have cookies! 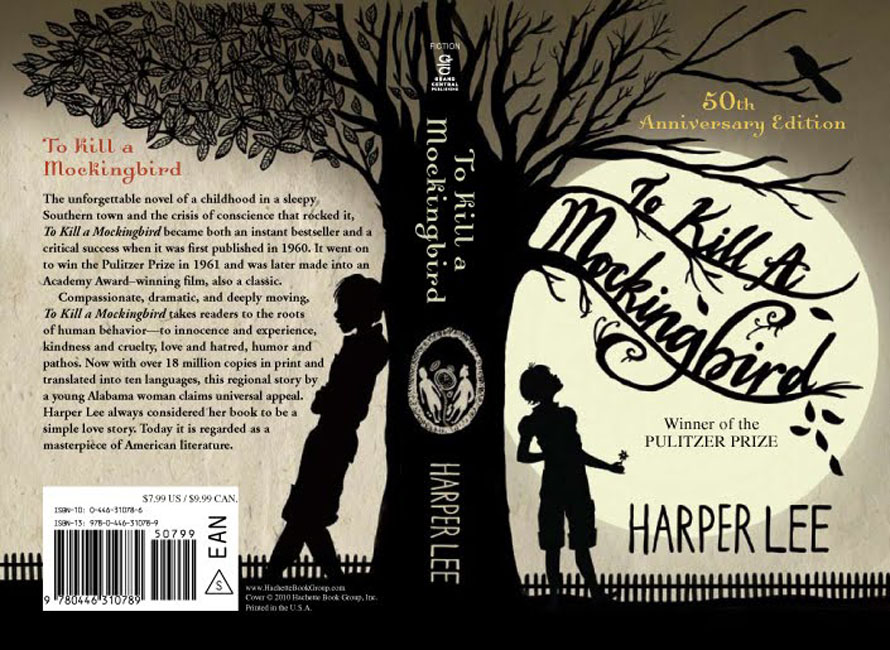 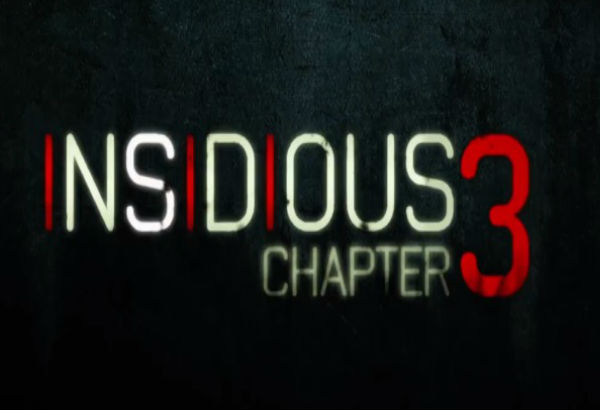 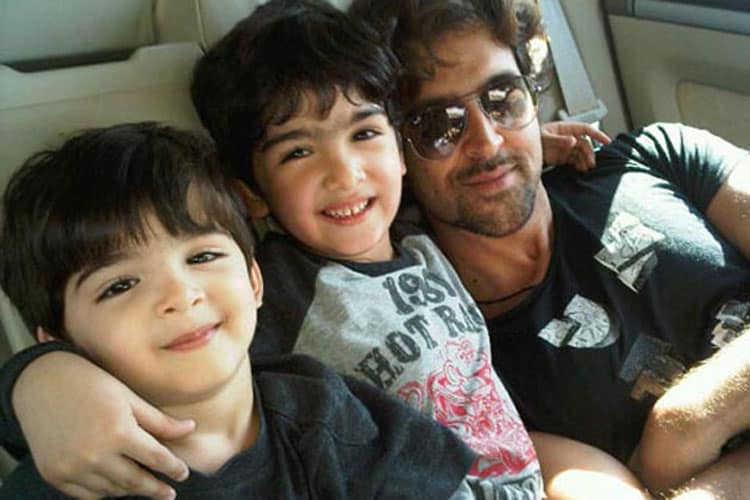