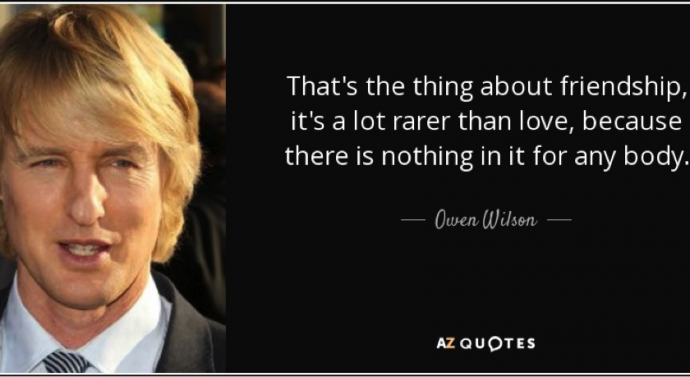 There are very good chances that the person who belted out these simple words, “Nice guys finish last”, was completely oblivious to truth. The ‘creativist’ behind this philosophical arrangement of casual words could have been someone who perhaps took failure a bit too seriously.Not that it increases the price of fish. Not that a certain A-list Hollywood actor we are celebrating today would give a damn about the conjecture.

But, what’s important is that in reality, dream scenarios outwit concrete hardcore truths. Nice guys do not actually finish last. He doesn’t own multiple duplexes in Hollywood Hills even if he can afford to. He’s never been seen semi naked driving a Ferrari in Motown. He’s yet to star in a Scorsese film. Spielberg might not have his number in his phone book. For sure, the likes of Christopher Walken, Bruce Dern, Kevin Spacey or Denzel Washington may not have had the time to see his moves but that does not bother Owen Wilson at all. It doesn’t have to. He is better off the minor gumptions and wicked assertions that some top of the line actors may be concerned with. 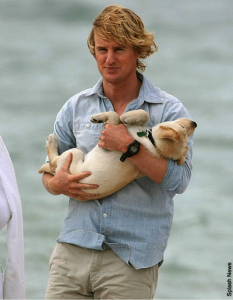 Part tall,Part-scruffy but totally calm and mature, easy going and smiling, Owen Wilson is stuff that nice, clean hearted, mellow and friendly cinema is made of. Not everything in Hollywood has to make audience’s blood boil, isn’t it?Or, make their hearts crumble? Wilson, who will turn 47 come November 18 is clearly in a league of his own and in a world where Movies don’t overenthusiastically search for random gazing eyeballs.You see an Owen Wilson film and you can be sure that the happy go lucky guy will give it his best shot to help you walk out of the theatre smiling. In popular movie culture that is often courted by smart and cocky actors who cleverly remain off- limits to public glare and actors whose personal lives run on excesses of alcohol, filth, dirty politics and weird voyeuristic fantasies that often find their true calling in regular rehab centers- Owen Wilson leads a funny and simplistic parallel universe.

What is like being Owen Wilson in a Hollywood obsessed by sizzling and ultra-hot style icons? 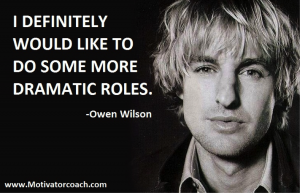 He isn’t exactly the friendliest man off the screen and available to hug and greet every single fan who is caught by the fancy that Owen Wilson the popular actor on screen exhibits. At the same time, Wilson is never cold or unbecoming to his fans who often catch the blond hair star at airports, between flights, at regular coffee bars or Jazz café’s or at music concerts. Yep, he’s not known to be full of himself or displaying unwanted pretense and yet, at the same time is this devoted dad who would do anything to hide sons- Robert Ford and Finn Lindqvist  from fans and a media that seldom leaves any star un-chased or untouched by constant bickering.

One reckons that the Texan responsible for giving some popular hits of our time such as Shanghai Knights, Wedding Crashers, The Internship, Darjeeling Limited and Marley and Me is someone who doesn’t needlessly hunt for extra dramatic roles that would stoke the actor in him or appeal to his fancy. He’s got nothing to prove to anyone. The early days of starring in ‘Bottle Rocket’ or ‘Meet the Parents’ kind of cinema to strut his acting meat or opting for roles in flicks such as ‘Zoolander’ in the company of a relatively popular actor (in the latter, he was with Ben Stiller) aren’t his priority even as Wilson prepares to dish out his popular cocky over the top model act in the Zoolandersequel.He takes one movie at a time and is hardly ever in a rush. Ask fans, directors, co-actors and script-writers, what they love most about Wilson and more often than not their answer would surprise you! 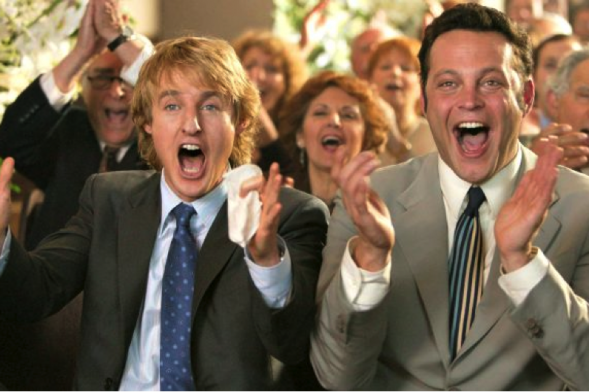 Our funny man is a deeply passionate actor who rarely hounds the film crew with several retakes or various unbecoming complaints. He’s an A-list actor but seldom acts pricey. Seen often with a cup of Cappuccino once the shoot rolls out for the day, Owen is often the prankster, the man interacting with junior boys working at the set and the man who doesn’t mind puffing away in the company of fellow actors, who can be both- sugary sweet and wryly cocky. A friend to all and yet not nearly depending on Hollywood’s fancy lights to cater to his needs, he can be quite a loner and can even be found arriving on the movie set several hours earlier just so to get in his zone so as to prepare himself to go the extra way. 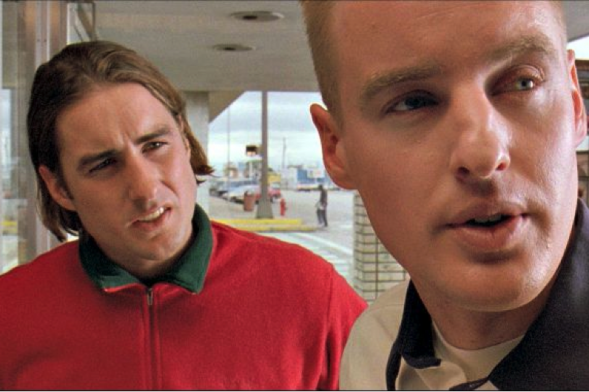 In a world that often takes itself too seriously and goes a little over the top in search for doing something exotically special- Owen Wilson has displayed a remarkable appetite for doing the difficult in an easy uncomplicated way. It’s not too hard to believe his brother, Luke, also an actor, probably not as popular as Owen but certainly a kind, loving and sincere performer that fans sort of relate to Owen Wilson and only at realizing that he’s Owen’s real brother, from the same mrother submit a familiar smile that’s not easy to take.
He’s been labeled sexy and appealing in a different way and charmingly glowing in a melancholic light, but Owen often remains completely oblivious to what is being said or done to his public image whilst focusing on his private life. A frequent collaborator with good friend and ace director Wes Anderson, known for making meaningful, sensible movies rich in humor and sensible character depiction and projecting a subtly moving intermingling of characters drawn by circumstances and constantly changing vagaries of life- Owen Wilson gave some of the finest hits of his career under the tutelage of his creative collaborator par excellence.

Also a Texan, Wes Anderson who directed Wilson in The Darjeeling Limited, The Royal Tenenbaums (also starring brother Luke), Bottle Rocket(1996)  to quote a few remains convinced in his friendly star’s acting capabilities which surprisingly have mostly recognized his funny and humorous incarnations. Truth certainly is, that Owen can act and act greatly the serious guy part as he has done so convincingly and utterly seriously in flicks like- No Escape (with former James Bond actor Pierce Brosnan), Marley and Me and She’s Funny that Way.

A more serious actor that he appears to be 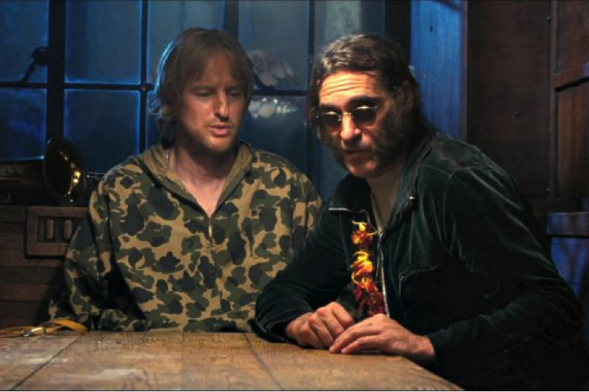 In No Escape he was the committed family man urgently driven to move out with his family from a Thailand caught up in a Government coup ambush that made it a bloodied land desperate for lives. Marley &Me saw his epic romance with screen scorcher and former ‘Friends’ actor Jennifer Aniston where he and Marley the dog scraped for the female attention. Showing a stylish play boyish charm as a popular Broadway musical director who notoriously sleeps with every girl he casts, Owen Wilson’s part was less humor and more an entanglement of a man caught by the incessant need to seduce women and hide his obvious vulnerabilities in front of an over-protective but equally sheepishly clever wife. 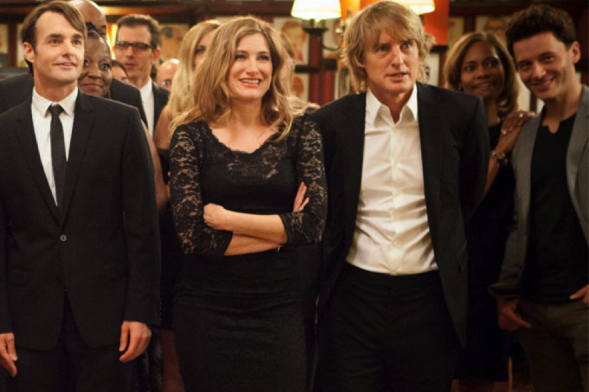 The hard working star who is as nonchalant and cool as September breeze and as pleasing as is autumn in New York isn’t exactly a heavy duty performer on whose shoulders one expects a film to rest single handedly. Yet, with a certain wayward charisma that borders on the ease of letting go of all materialistic hangings for which other actors cling on to movies- Owen Wilson manages to rescue Hollywood cinema through his share of decent and thinking movies- by opting to play simpler and fairly easy to decode characters who win it all by winning your heart and by not going out of their way to please you.

The man famously mocked for a crooked nose that has been broken more than once, Wilson, son of an Advertising executive father and a mother who aced Photography was always drawn to the enticing world of movies in which he saw his world of expression which he was unable to express through a consistently falling stack of school grades. Ever since dropping out of High-school at Dallas, his hometown, Owen never looked back once he arrived at the gates of University of Texas at Austin. Ever since finding his mojo, Wilson has immersed himself into a unique tapestry of roles that have both taken an emotional toll over him and driven him to extract the maximum out of his reserve.

Point of context being- Midnight in Paris and The Darjeeling Limited. In 2007, whilst off a steamy romance with former girlfriend and popular singer Sheryl Crow, Owen nearly succeeded in claiming his own life following a nearly successful bout of cocaine consumption. Starting 2008 to 2011, he would show his real class as an intense actor dishing out a variety of roles that his naysayers never expected him to triumph with.

His finest roles till date 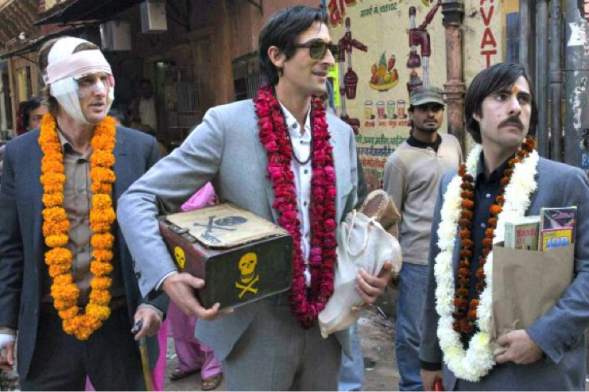 Ever the goofy romantic and the hopeless flirt in real life, Owen who has enjoyed romantic alliances with Sheryl Crow, Kate Hudson (following their film “you, me and Dupree”) and Jennifer Aniston, Wilson has often been mocked for being less considerate about his acting career. And he’s responded back in great style.

If you are an Owen Wilson fan and you understand the depths to which the charming simpleton goes in enriching an ever expansive creative portfolio of his, then you would do well to remember two of his biggest hits, inarguably his finest movie roles till date.
In Wes Anderson’s 2007 Romantic Drama comedy, The Darjeeling Limited- Wilson essayed the role of the eldest of the three brothers who come to seek in India- a spiritual sojourn and a gathering for which they’d been planning for long ever since their father’s demise. Through his compassionate brotherly act he convincingly played the often overprotective brother who drove his two brothers nuts in trying haplessly to get the often uncommunicative duo together having missed out on their company as the film dramatically showed. He was the glue around which the trio stuck to form a formidable assortment of love, laughter and tears and brother Owen was for a change none- neither a first class psychotic lover in need of the drug called love, nor was he the bickering playboy asking out a girl unconvincingly. 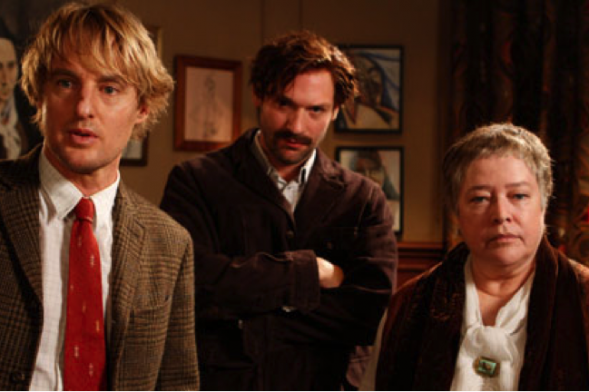 He was to further amaze audiences in Woody Allen’s 2011 mega success, the ephemeral charming creative bandwagon shot in Paris, “Midnight in Paris”. As struggling writer Gill Pender, who seeks in Paris a charming refuge from the mundane rush of West Hollywood- Owen’s Gill plunged into an insanely vivid dark underbelly of Paris, dark only for the Noir but charmingly colorful and surprisingly glowing in its intellectual mentation of giving the writer a prized encounter of meeting stalwarts of literature and giant artists of their time, such as T.S. Elliot, Gertrude Stein, F. Scott Fitzgerald, Ernst Hemingway and Pablo Picasso.
Through an amazing easy-going onscreen presence with which he essays roles that spring to life a slice of reality that despite seeming dreamy becomes nearly believable, Owen Wilson has created a niche of his own. In his world, love and comic timing bring to life the dreams that cinema going audiences chase for two hours. We are lucky to have in Owen Wilson- an authentic, honest, witty and charismatic star who is as fond of challenging himself as he is drawn to giving audiences something refreshing and palatably delightful everytime our hero yells out, “wow”, “ fantastic” or simply, “you gotta be kidding me”.