George Roger Waters, part cult icon, part rock demi-god, part soul-stirring artist but pure phenomenon is one of the cornerstones of the monumental success of Psychedelic Rock band Pink Floyd. To his naysayers, he is an ageless miracle whose creative exploits catapulted the eminent and exuberant Pink Floyd to many milestones that they got in their memorable musical journey. But to the classic music lover and one who does not recognize the existence of Psychedelic Rock without Pink Floyd he is that marvel in the epic world of Rock music who paralyzed fans world-over with his haunting lyrics and amazing guitar playing abilities. Roger Waters, along with the likes of Jim Morrison, Janis Joplin, Jimmy Hendrix, Brian Jones and Mick Jagger is the lone warrior waging the cult battle for psychedelic rock music’s survival in an age where electronica, techno and hip hop dominate chart busters in the sound of music around the world.

Waters is tall, a little haggard, now aged but refusing to age, burlesque and carries those emotive eyes that seem to have carried a behemoth of emotions in a tumultuous journey.

The timeless legacy of Roger Waters Roger Waters is that heavyweight name in the world of rock music whose cult status only grows with the passage of time instead of ever coming to be subdued by the forgone winds of a time gone by. Born in Surrey, England, Waters has even performed in India at Bangalore along with David Gilmour during Pink Floyd’s one off India tour amongst the many hundreds and thousands of cities where fans come to see his flawless magic. A searing voice coupled with a raging force behind those deep meaningful lyrics have constituted some of the classical decades of Rock song writing and music whose collective impact have left an indelible mark in the consciousness of music fans, world over. His legacy and outstanding contribution to the world of music is one which although begins with the deep passage of an iconic band called Pink Floyd which he co-formed in 1965 but one whose journey can be understood by the gates of perception and emotions that he opened in the transcendental mind of those who fantasize Rock as their only savior from life’s sorrows. Along with some iconic super stars from the world of music, whether you speak of James Douglas Morrison;the frontman of The Doors, U2’s Bono, the late King of Pop  Michael Jackson, Roger Waters of Pink Floyd is that flawless diamond in the ocean of music that shines both above the waves that move us to the depths of our heart and hurt us from the bottom of our soul. On September 6, the co founder of the iconic band Pink Floyd will turn 72, an age where most rock stars of his age and era are easily the ” have been’s ” of their time, but with more psychedelic rock flowing in his veins than blood, Waters, continues to travel around the world in an unflinching effort to move audiences to the beats of Pink Floyd’s dark and mesmerizing music. 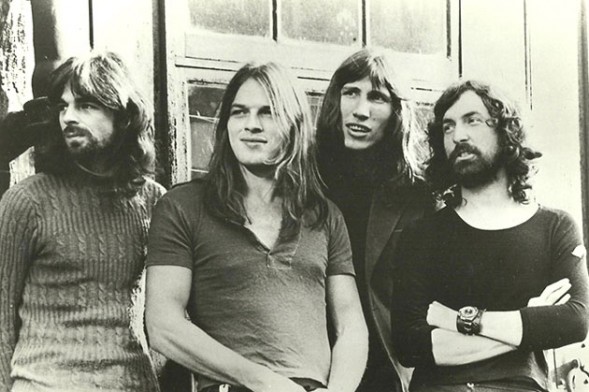 What we understand as Rock music today, is hardly any sizeable comparison to the foregone era of a few handful of bands whose collective creative impacted not just the music fraternity but popular culture in a gargantuan fashion.

In the word of Psychedelic rock and progressive rock, Pink Floyd’s music was one that shaped meaning, gave rise to lyrics that came to be labeled as timeless and one, whose sound still reverberates around the world enchanting a newbie as well as a regular music listener with a vibe that borders on madness, addiction and adrenaline pumping intellectual stimulation. Today, they say Rock is almost dead and if you dare compare the Rock movement one that screams everywhere for attention to the cult of the yesteryear’s rock movement, then it is like comparing a mighty elephant of today to that irrepressible giant T-Rex dinosaur whose legacy and affect in holding a part of the rock fan’s musical psyche is one that has transcended the Jurassic age and has come to live in an era largely dominated by technology in the 21st century.

According to the classic rock listeners, and which are still surviving and aren’t yet declared dead, save a handful of bands such as Bon Jovi, Bruce Springsteen and U2 and the likes, the rest are only shredding cacophony in the name of lyrics and music.

In 1965, a small unknown band bordering on collective themes and elements of art music, progressive rock and psychedelic rock gathered in London and named themselves Pink Floyd. Now, almost 50 years later, they are still around, in endless collection of musical cd’s and other rare collections with fans around the world who continue to regard their sound as one which perhaps seemed from another planet. Together with the late Syd Barrett who officially created Pink Floyd Roger Waters who is alive and rocking at 72 brought together the great keyboardist Richard Wright and Nick Mason who would become the bands’ drummer and together, the four created a cultural movement that still echoes the best and purest form of addictive rock music that is hard to get off from. With every great music band in the history there is that one achingly painful story. In Pink Floyd’s case, it was that of Syed Barrett, its mystic and mysterious lyricist and co creator who left the bank after just 3 years of its creation. In 1968, Barrett, one of the giants of rock music movement went completely amiss and left behind a lasting shadow on a band that instead of ever leaving the group devoid of his brilliance, ignited a reinstated fire that was to blow away fans around the world in the years to come.

Syd Barrett’s exit as the lyricist and guitarist meant that the onus was now on the legendary scion of Floyd Roger Waters, to take the show forward and continue the indefinable enigma of the great Britain based band. Music he did create and so did some lyrics, whose impact ultimately would go on to shape the world of Rock Music in the audacious glow of the color pink. 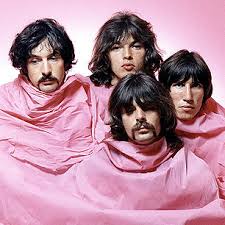 Waters, now became the lead member of the band and the conceptual creativist if there is a term like that, leading Mason, Wright and new member David Gilmour to worldwide attention. Under Roger Water’s tutelage, the band went on to create magnificent albums such as “Wish you were here”, “Animals”, “The Wall” and the final album of the four titled, “The Final Cut”.

Together with the bands first ever rock collective “The Dark Side of the Moon”, these four other albums sold over 250 million albums worldwide, as of 2013 with around 75 million being sold in the USA alone. Such astounding success of Pink Floyd wouldn’t have been possible for their new kind of psychedelic sound that bridged on sonic experimentation, light  and punchy distortion, extended compositions and ultimately, the creative genius compiled under Roger Water’s genius. 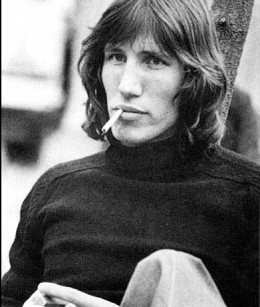 Roger Waters who was just 22, virtually a kid and nobody when he co formed the iconic band with the late Barrett who passed away in 2005, is the genius  behind the bands monumental journey, one that has coroneted them with the highest popular music recognition in both the United Kingdom and the United States.

Some of the craftiest and heart stopping chart buster hits such as “Wish you were here”, “Time”, “Mother”, ” Another Brick In The Wall” and ” Shine On You Crazy Diamond” were all charted when Rogers was at the top of the affairs at the group.

The band which officially announced its deconstruction in the year 2014 has been the leading inspiration behind every young rock singer and guitar player who wishes to first learn to play a Floyd number as soon as he or she assembles a band of their own. 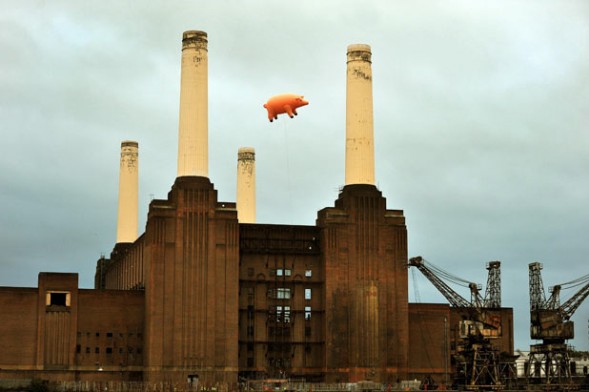 A great identity marking Pink Floyd’s worldwide shows at sold-out concerts has been the pink colored inflatable balloon in the shape of a pig. This, according to Surrey man Waters is a symbol of oppression against oppressive regimes and governments. Roger Waters’ own father died fighting the Nazis in World War II, a staunch reminder to the young musician ever since his heydays to never bow down to oppression and to rebel in the face of adversity.

Well, Roger Waters’ Pink Floyd has not just rebelled when it mattered but also shown worldwide music loving  audiences what the unmatchable sound of pure rock tastes like. It has also gone on to confirm that Floyd’s remarkable creativity in the world of Psychedelic music is one that will enthrall generations to come, with their distinguished experimentations with their instruments whose sound blew winds to the beat of mystical melodies, that shan’t be forgotten any soon.

This Rainy Season, Go Dapper With The Best Shoes and Get Heavy Discounts On Your Favourite Brands

We Have Picked Comfortable Slippers To Add To Your Wardrobe This Summer!

Complete Guide To Wearing Crocs Fashionably & With Confidence This Summer