It is a shame that not the most widely traveled tourists, visiting the United Kingdom world knows the importance of 85, Albert Embankment. Those who would have paid a visit to London, unarguably the world’s most talked about city, parallel to Paris and N.Y., would have surely come across a mega concrete structure that stares right into the depths of Thames, standing right on the mighty river’s edge.

The building poses a certain intrigue and a somewhat unavoidably hypnotic verve of curiosity for the passerby’s. Quite an irony this that Vauxhall Cross- the architectural marvel that stands tall in the vicinity to some of London’s finest concrete specimens, most noticeably the London Eye and the Tower of London is often subjected to mysterious glares but isn’t quite understood by both travelers and to a good extent-even the locals. 85, Albert Embankment is home of the world’s oldest and among the most cleverest Intelligence agencies of the world; MI6. 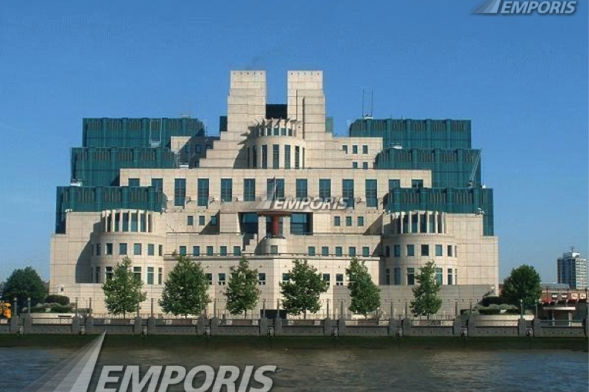 Military Intelligence, Division 6 that stands tall on Vauxhall Cross is nothing short of a literal Babylon standing on Thames. Also known as Secret Intelligence Service, the mastery of Britain’s elite intelligence agency (alongside GCHQ) in battling England’s political, military and terror elements has found a permanent place in the world of Cinema and has become a fascinating account of the sordid triumphs and suave charms of one of the world’s most iconic fictional characters; James Bond.

The name is Bond, James Bond 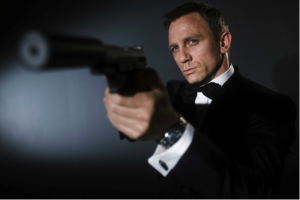 The defender of her Majesty’s interests, pride and chivalrous kingdom, as MI 6’s Spooks partake and expend world class intelligence operations to defend England against the state’s enemies (and there are aplenty if you are aware of the Geo-Political realities of the 21st century United Kingdom), it’s most successful export to the Hollywood, James Bond reminds viewers just what it means to lock horns with MI 6’s most lethal and dangerous minds in the world of Espionage.

Movie going audiences have taken to James Bond and his alluring world for decades in a fashion akin to excessive use of mind-expanding drugs for such hallucinating is Bond’s dash of style and utterly intelligent mannerisms. Interestingly though, filmmakers have never extended a larger than life appeal to England’s dashing spy who uses both wit and skill, wizardry and charm to deceive enemies and befriend foes whilst saving the British Empire from doomsday.

He’s cool, charming and gifted. Using first class thrills and explosive stunts, backed by a bevy of hi-tech warfare that has explored newer battlefronts, such as technological warfare in the 21st century, James Bond has both grown, evolved and developed and expanded his art of war. And, after 23 memorable screen roll-outs, Bond is not done yet. He has hardly broken sweat.

The man behind James Bond 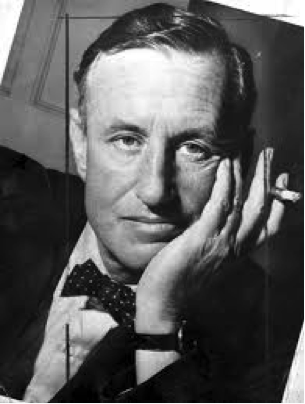 Unlike most movie characters, unless inspired by true events, it isn’t always that their creator has some linkage to the central character. Take classic examples like Batman movies or Kill Bill, Kung Fu Panda et cetera. Their makers and writers haven’t had any association with martial arts or sports or fighting. But, this couldn’t be truer for James Bond’s creation.
We often remember the name of the song, but not the name of the movie. In Bond’s world where suspense and action are common undercurrents against which 007 must carry out his dynamic duties, there exists a direct co-relation between Bond and Bond’s creator; Ian Fleming.

Also an Englishman like James Bond and having been a seasoned veteran in the world of Espionage (i.e., spying), Ian Fleming, the mastermind behind conceptualization of Bond wasn’t always an author/writer. For a long part of his life, the great literary icon was himself a British Naval Intelligence Officer. Having served a pivotal role in the Second World War (1939-45), Fleming, son of a wealthy English family and whose father was a Member of Parliament for 7 years (Henly, 1910-1917) created the masterful Operation Goldeneye for the Allies against the Axis Powers. 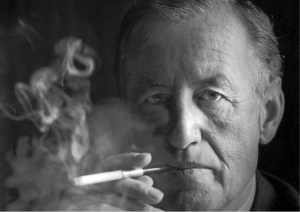 Not every secret agent keeps an eye over his enemies from the ground. Fleming would remain in the ocean for months at a stretch and reserve the zing in those ever observant eyes that guarded England’s masterful plans during a war of epic proportions. Having formulated what became a nearly invincible secret plan- Operation Golden Eye (circa 1940)- to ensure England co-operated and shared communication with Gibraltar had Spain be occupied by the Axis Powers (Germany and Italy), he received tremendous credibility and respect even from contemporaries as Espanol never came to be conquered by the Axis powers and the plan therefore unfolding by 1943. 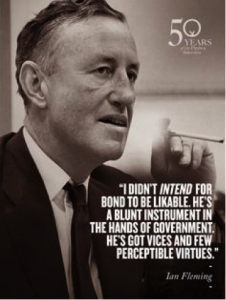 Fleming lived like a royal English nobility and went in a similar manner, never compromising on his style and way of life. Before a lifelong love for drinking and heavy smoking, noticeably from the Pipe consumed him, Fleming was responsible for reducing England’s enemy plans into a bile of concrete dust, or very nearly into empty smoke.
A masterful planner and an ever silent deceiver, Fleming’s real life work saw him forming an important Unit of Commandos, known as 30 Assault Unit. Based in Germany, England’s underground unit was entrusted with the task of collecting secret war related documents under the aegis of an ever observant Ian Lancaster Fleming. Later in his career as a top spy, he even oversaw the establishment of the revered T-Force, aka Target Force, another special coterie of specialists that were tasked with the guarding, protection and preservation of important war related documents and secrets gathered from the Enemy and Liberated territories upon World War II’s completion at the National Archives, London. 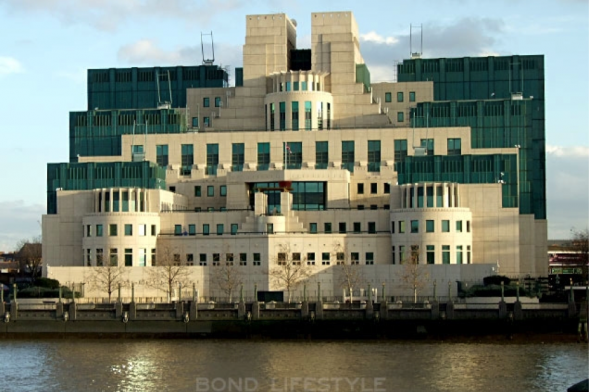 Promiscuity and a dash of exuberance merrily complemented every move of Fleming’s analytical mind and one can very well see where Bond’s charisma gets its glowing powers from. 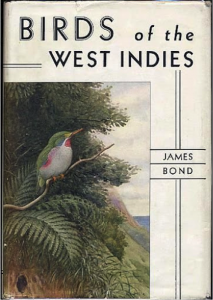 It was in 1951, having retired from British Naval Intelligence that of all places at Orcabessa Bay, in Jamaica, the West Indies that Fleming immersed himself into heavy-duty writing at the famous “Goldeneye” estate, his residence in the Island Paradise of Jamaica. It was here that James Bond first came to Fleming’s mind as a result of his interest to throwback into literary history a slice of his own life.

And, must we say, that unlike many of his contemporaries and common retirees, Fleming didn’t chose to offer Espionage consultancy to Corporate and Military establishments and took to writing fiction. On one of those normal splendorous days of 1951 Summers under Jamaica’s beaming sun sashaying over the Island paradise, that Fleming chanced upon a book, titled” Birds of West Indies”, written by an author, James Bond. And, thus MI 6’s most gifted and clever secret agent came to be born.

Deconstructing 007 and his mode of operation 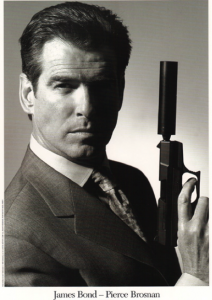 Implicit in the cinematic experience of James Bond is to celebrate a certain variety and colorful vividness that marks each Bond movie distinctly stylish and promising over the other. It’s been 23 movies, several car chases, numerable explosions, unlimited Martini bootlegs and several chillingly inspiring storylines that have concocted unique tales of mystique, thrill and unbending charisma as one would expect from a James Bond thriller. 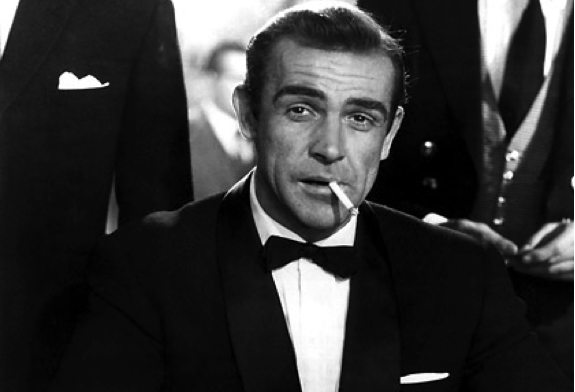 Several actors have come and gone and added their own unique colors to James Bond’s ever expansive canvass but, the hunger and thrill to witness Bond in the midst of an engaging battle with odds of defeat overpowering England’s triumphant hero being next to nothing still throw the chills among fans. From Sir Sean Connery who first personified the super-spy in Dr. No (1952) to Roger Moore who gave his epic best in The Spy who Loved Me, Bond has added massive implants of technology and splendor in the present day an age of Daniel Craig (Casino Royale, Quantum of Solace, Skyfall and Spectre) before having gone through a little rough and morose turn of the tide through not the best personifications of George Lazenby’s ( the only Aussie Bond) depiction of 007. 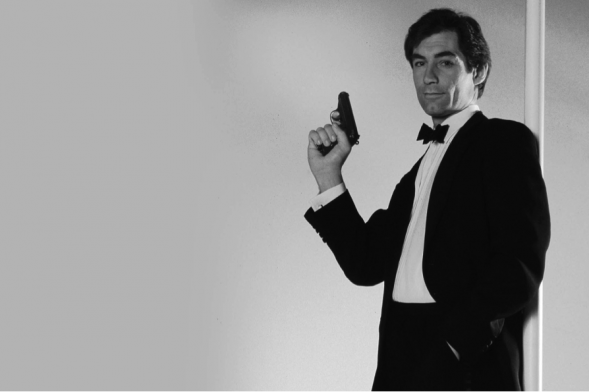 Although it has to be argued potently with rational logic to beat the conforming notion that Timothy Dalton led Bond to his near fatal end, when exactly the opposite is true (License to Kill). 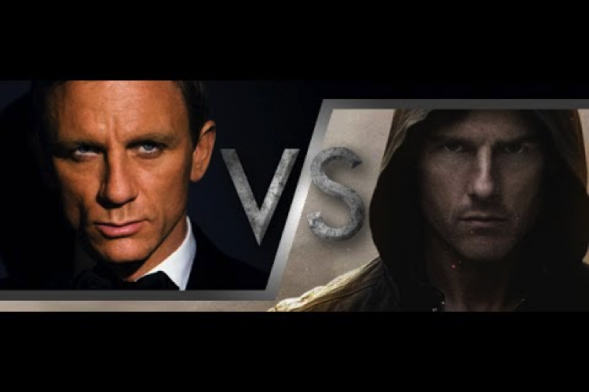 Death defying stunts that are so often central to both Bond and his closest on-screen rival’s lifeline- Mission Impossible’s Ethan Hunt has posed a stark challenge to Bond on the potent quest to celebrate on-screen superiority. But unlike Tom Cruise’s massively challenging streaks of brilliances that have both thrilled and inspired awe, Bond doesn’t play it too coolly. He raises the mercury by ensuring that his is a central role-play to a game of international intrigue, giving script and screenplay its due unlike Mission Impossible’s Hunt who literally carries the entire bandwagon on his shoulders, even though ably and at times, maniacally so.

The Triumph of James Bond 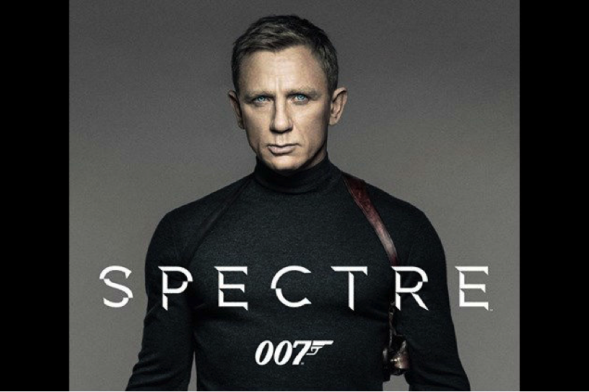 Daniel Craig, it has to be said, is the most convincing Bond that one has got used to seeing, if popular perception holds true in defining 007’s impact in our life, since Sean Connery hung up his roughened charms at the completion of You Only Live Twice.

Running parallel to the rage in his veins is a sense of angry vulnerability as seen in the gaze of Daniel Craig’s eyes. There is a certain madness, a craving and that epic but ecstatic absence of joyful celebration when Craig’s 007 completes a mission as marked by his charismatic subdued act that makes Daniel the best Bond ever. 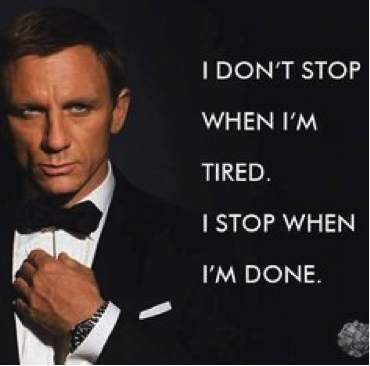 In his latest flick Spectre soon to hit theatres, where Craig will once again be romancing not one but two babes, an interesting attachment to 007’s star-line being that of Monica Bellucci’s electrifying name, it is expected that the artful chemistry and gunslinging action will raise both- box office mojo and a twinge of excitement that can only be delivered by Britain’s master spy.

In what will be the jazziest and possibly the finest refinement and balance of both Babes, guns, Barbed wires and Bond, Daniel Craig who will be up against the dreadful evil (Spectre), played by Christopher Waltz(Austrian), it remains to be seen who will win in the end? Will tragedy overpower Bond’s suave act as it did in Casino Royale or will it be a sky fall of grim for England’s greatest spook? Whatever it may be, it will be a gigantic Spectre for all to see! 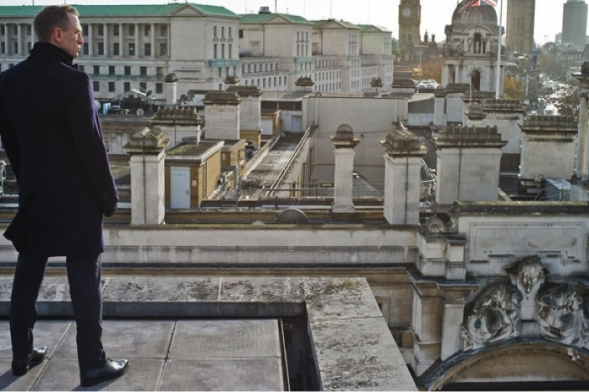 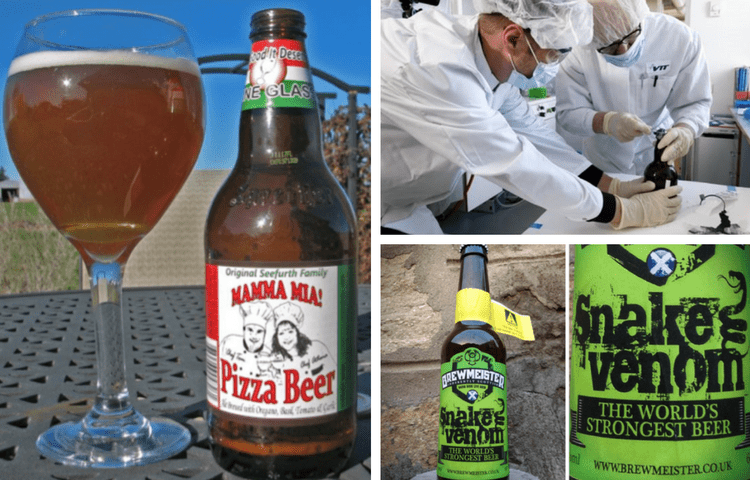