A beautiful island nation sandwiched amid the magnificence of land locked in water and concrete in south-eastern Europe is how you can describe the part wishful part sinful geographia of Greece. But to speak of Greece and not to speak of its present economic crisis is perhaps a fatality so true that it almost hinders the ever shining magnificence one associates with this historic and charming country. At best, there are two concurrent themes that run adjacent with their distinct voice to capture the spirit of this troubled nation. 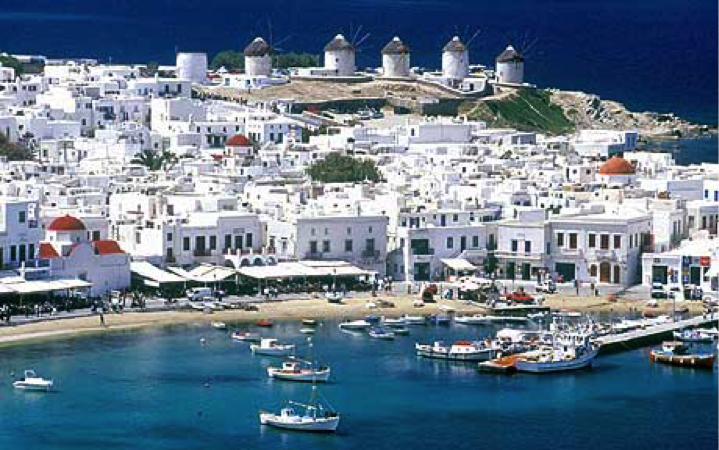 On one hand, there lies a bedrock of economic challenges, first coming to surface in 2010 , set ablaze by Greece’s contemporary dysfunctional economy that was further paralyzed by the IMF’s imposing threat of withdrawing all support toward a conceived bailout unless European leaders agreed to lend in useful support. On the other, lies a less visited fragment of the country that imposes upon visitors, students, researchers and in general, the world populace- a bludgeoning view of the country’s glorious cultural, societal and historical panorama. 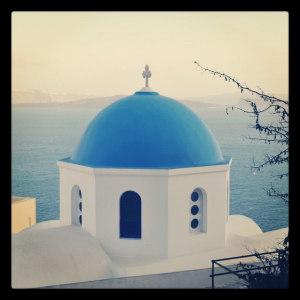 Greece isn’t just your above average tourist paradise. It is a quagmire of unvisited and idyllic locales that still hold the charm that one associates with the forgotten old world charms.

A Land of Remarkable History 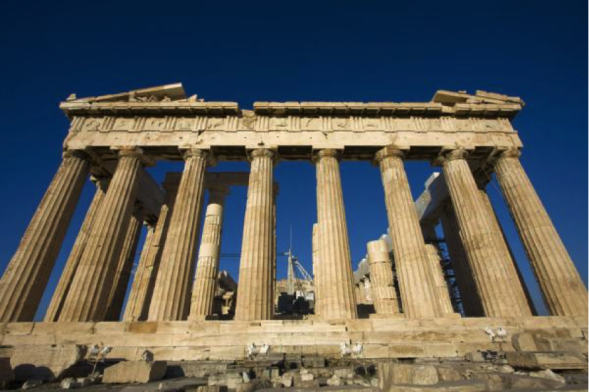 A temple of mesmeric beauty, buoyed by an extensive history dating back to 438 B.C., it wouldn’t be misleading to construe that the Parthenon is to Greece as Europe is to the world.

Standing right at the centre of Acropolis, a hill regarded as sacred at Athens, the Parthenon is the single most widely visited building in modern day Greece. Emblematic to the life journey of Greece as a nation and a vast tribute to the enchanting goddess of Athena, the Parthenon confirms the notion that beauty and history can exist in parallel.

Part museum and part tourism extravagance, the alluring temple was built from 438 B.C. to 447 B.C., much before most of the history of Europe came to exist. Several relics, statues and tributes built around and inside this famous building paid to the goddess Athena and other deities symbolizing Western civilization came to be wrecked upon frequent onslaughts that Greece was subjected to. 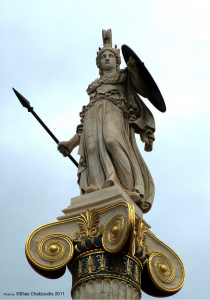 An enduring symbol of ancient Greece, Parthenon is a temple dedicated to Greek goddess of courage, wisdom and inspiration: Athena. All heroic endeavors associated with Greek goddess carry the central tenet of celebrating one of the worlds and in turn, Greece’s most widely recognized legends. 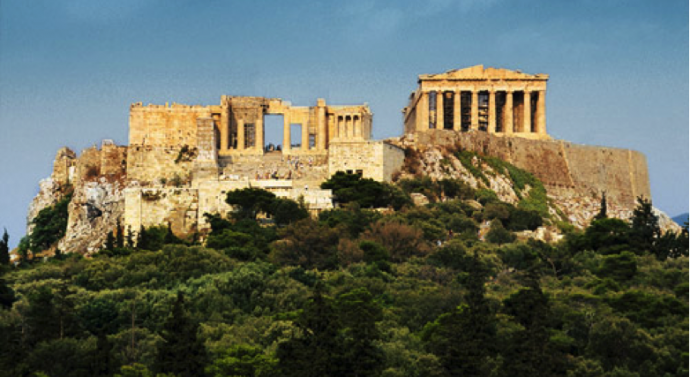 Parthenon is a treasury of timeless marvel and a citadel of epic architectural beauty. Few places on earth have manifested a completely renewed purpose since their inception. The temple of Parthenon converted into a mosque upon its conquering by the Ottomans circa 1465.

When Athens was captured by the Venetians (the independent state of Venice) during the period of 1687, Parthenon came under scathing and brutal attacks. Most of its crust including its sprawling design and architecture was completely gob smacked. It was only when Greece fought back its independence during 1832 that the remnants of a glorious bygone era loomed large on the Parthenon, the temple then remaining untouched by any sign of atrocity. It has since then attracted millions of tourists every year, who come to experience its awe inspiring beauty and capture a piece of vital history glorified by the unparalleled magnificence as only Greece can provide.

The Breathtaking Awe at Santorini 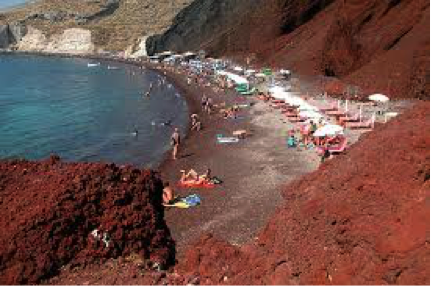 Pebbles that have surfaced apparently from the volcanic eruptions of the past, carpet the beautiful surface of the beaches at Santorini. The breathtakingly beautiful island fortress of Sartorini is set ablaze by a feisty delight of red and black sand beaches. Some of the exotic locales of Kamari, Perissa, Perivolos, Vlychada and Agios and Georgios hold the allure associated with visiting the ever charming Greece. Tourists, young and old, lost and found, offer their undying love and an ever hungry palette for finding the ultimate escapade in life by visiting the island paradise. 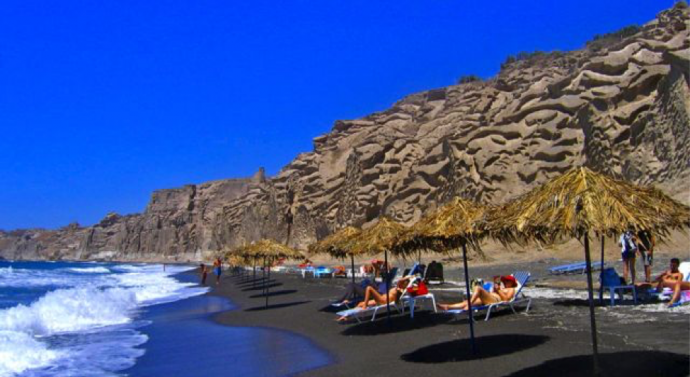 One wonders with such a sumptuous feast of exotic tourist offerings, how did Greece, the conduit between civilization as we know it and man’s oldest and grandest habitat found its way amidst the economic muddle of Europe.

Whether the word sustenance is playing stranger to the paradise that is Greece or if its internal rupture paved way for presenting it in the light of international dismay as evident by world media, one is ought to ask what lies ahead for this troubled paradise?

Greece Is To Europe Today What Germany Once Was 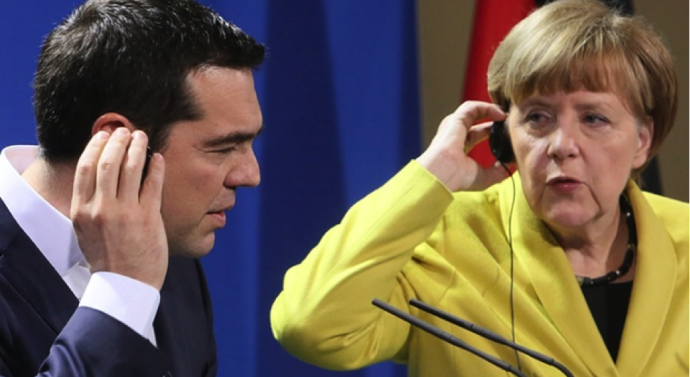 A country that was symbolic to helping an aggrieved Germany in finding answers it so desperately sought after the calamity of the Second World War, is now desperately dependent on Germany today and the policies of its counterparts in Europe to make some sense of the economic imbalance it finds itself reeling with.

History does have a point to prove here. In the London agreement on German External Debts, a round of negotiations that were carried out from February to August, 1953, Greece was one of the nations that had sought to help Germany pave its way out from the massive onslaught of war-time damages the nation had been ordered to carry. That time in Germany’s history where the decision taken to forbid it from paying half of its postwar debt, a period where Greece and Spain along with other European powers were instrumental in liberating a nation buried deeply under the hubris of economic chaos serves a fitting example as to how quickly the tables can turn against a nation.

Greece today is simple where Germany was back in the 50s and whether the might of an already troubled German economy and those that carry the burden of Europe’s economic woes can carry Greece on its shoulders can be understood by doing an intense prognosis of the bailout process. Should they treat the gloomy but ever promising Greece as a burden or as a need to be shouldered bravely, cushioned for comfort at the present only to help it rise, will decide the course of future of a beautiful and historic nation. That Greece is central to understanding the tenets of Western Civilization and the very structure on which Europe’s empire stands is a fact known to some but understood meekly by the ignorant and those that feel as helpless by Greece’s blithe as those who live amid torrid despair in the internal chaos of this otherwise glowing and cheerful nation.

A Greece forgotten but found beyond prejudices 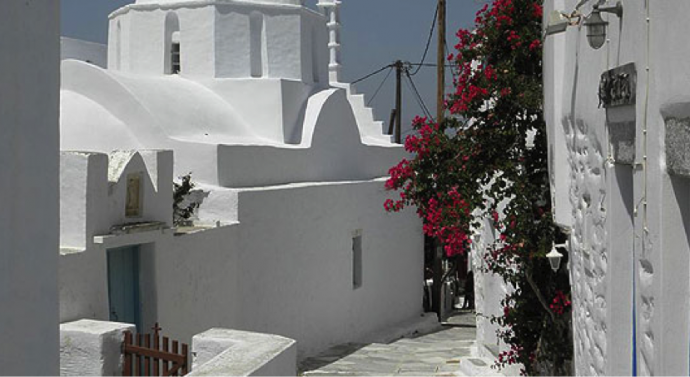 When you recount Greece, it shouldn’t be in a distaste of the present day prejudices that are calling for the country to be axed out of the Euro Zone. 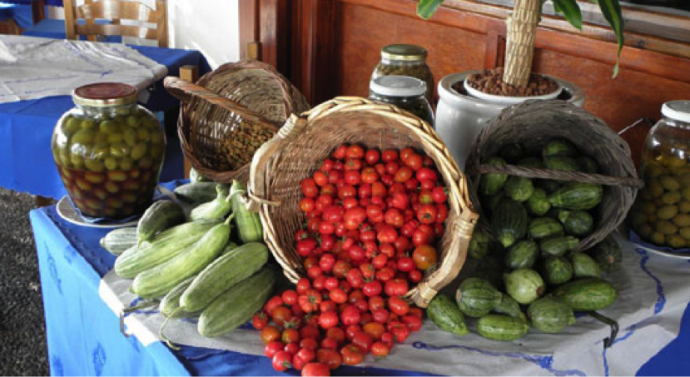 You ought to measure the might of this once mighty and still promising nation in its totality.

One is got to revel in the Venetian squares and sip some traditional coffee and make a visit to Vergina, a place familiar to the rise of Alexander the Great. A world that remains captivated by spirits, in both taste and amidst horror, pun intended, has to speak of the red wine and its mesmeric Greek flavor, as found at Naoussa.

Greece: A Troubled Paradise Or A Paradox For Lofty Discussions 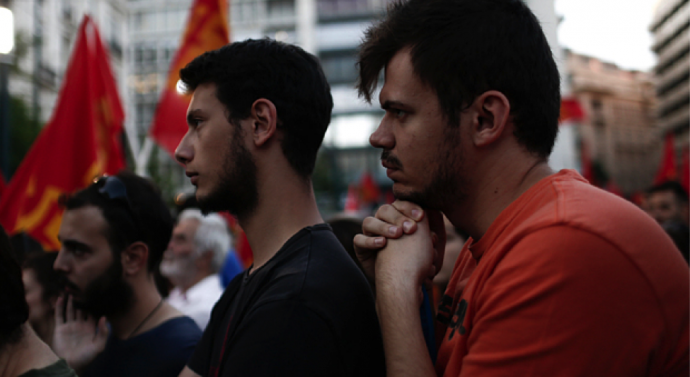 Rising unemployment amid an economy riddled with economic despair isn’t the only problem in present day Greece. The fact that the pulse of the country, i.e., the youth is increasingly dwindling away from the bitter undercurrent that has marred the country today, towards greener pastures as one would call it, is threatening to further bottleneck a vastly promising country. Hardly ever does anyone recall the country for its entrepreneurship, or wishes to revisit those largely forgotten traditional Greek experiences, such as- the villages, its Byzantine monasteries, the medieval castles.

Greece isn’t just a country. It is an unparalleled quest to witness the most picturesque depiction of history. It is an answer to the riddle that we find ourselves bemused with, every time we tend to seek a Europe in isolation with its grandest and monumental charters of history. Greece is still a modern day odyssey, a paradise for not just that curious backpacker who wishes to unravel Europe in its pure magnificence but a classic case study for that economic expert who wishes to put the puzzle with its pieces in order in an effort to truly understand the magnificence of this ignored country.