It was noticed that police in California was doing an unusual thing when they chased a man driving a go-kart on a freeway in Oakland.

The incident was spotted last week and the fellow motorists filmed it and it was also noted that the cops were in the highest of speed they could have ever taken part in. To make the incident viral, the video was uploaded online within fraction of seconds and several users had their theories as to what was going on. 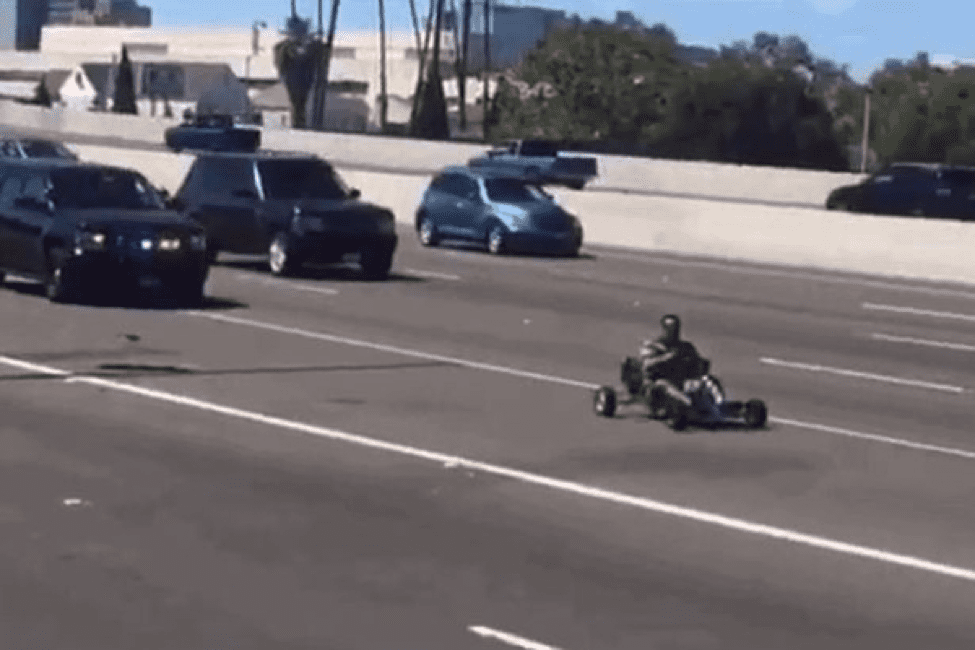 Tonka Dre, the one who uploaded the clip, snapped and tweeted: “Local guys have an annual go-kart and dirt bike ride throughout Oakland and sometimes jump on the freeway. This particular person on the go-kart was the slowest and the last in the pack, that’s why he was being chased by police.”

According to LA times, it is not known whether the man was eventually pulled over or not as none of the areas that police forces own are allowed to take part in the bizarre chase. Undoubtedly, this incident showed unusual behavior on the part of the Californian Cops.