1) The word “Hanuman” is a Sanskrit word which means Disfigured (Man) Jaw (Hanu). This comes from the instance when Lord Hanuman was a small boy and he thought of Sun as a fruit and flew towards it. Lord Indra pushed him back onto the earth and he fell and had a disfigured jaw. 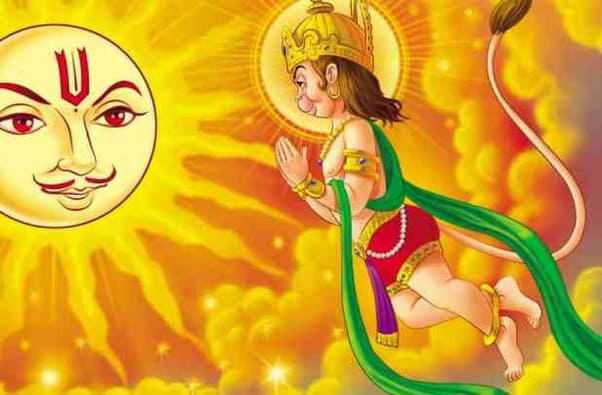 2) When he got to know that Ma Sita applied sindoor for the long life of Lord Ram, he went ahead and applied sindoor all over his body to protect Lord Ram from any harm that may come his way. That is the reason that you may sometime find a vermilion colored idol of Lord Hanuman. 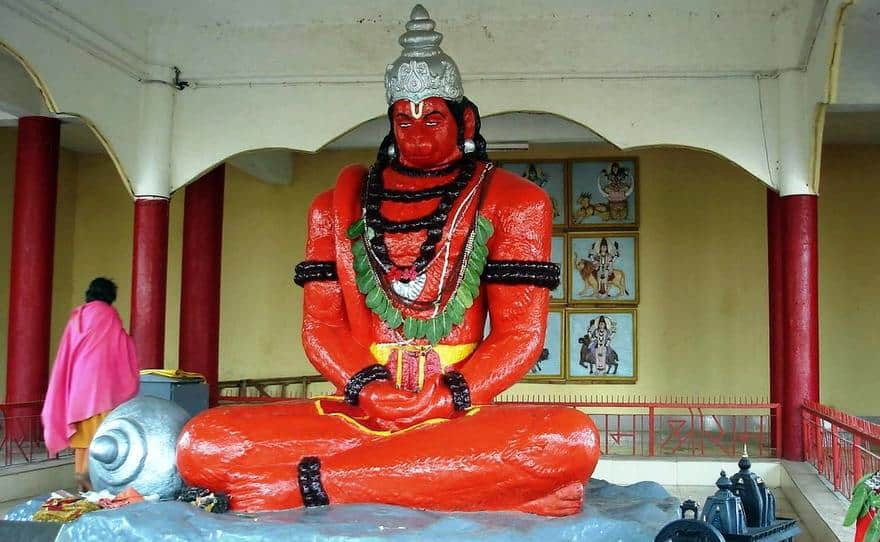 3) Although Lord Hanuman worshipped Lord Ram like a God, they once fought with each other when Viswamitra ordered Lord Ram to kill Yayati who had already taken refuge under Lord Hanuman. However, Lord Hanuman did not use any weapons and kept chanting the name of Lord Ram, because of which Viswamitra had to take back his words. 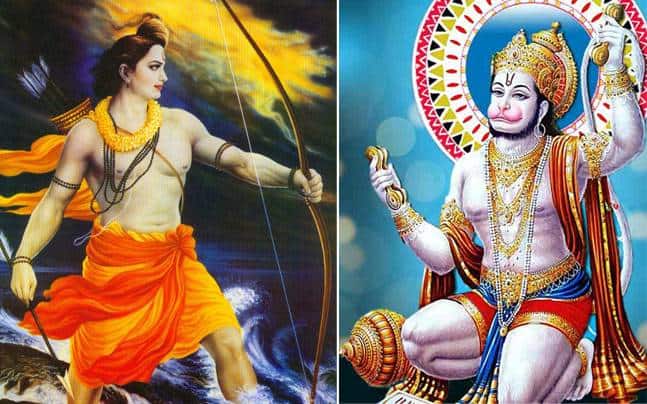 4) It is believed that Hanuman chalisa mentioned the distance between Earth and Sun much before scientists had discovered it. It says “Juga Sahastra Yojana Para Bhanu, Leelyo Tahe Madhur Phal Jaanu”  which means Sun is at the distance of “Sahastra” (thousand) “Yojana” (an astronomical unit). So 1 Juga = 12000 celestial years, 1 Sahastra = 1000 and 1 Yojana = 8 miles. So 12000x1000x8x1.6(miles to kms) = 153,600,000 kms (which is the scientific distance from earth to the sun). 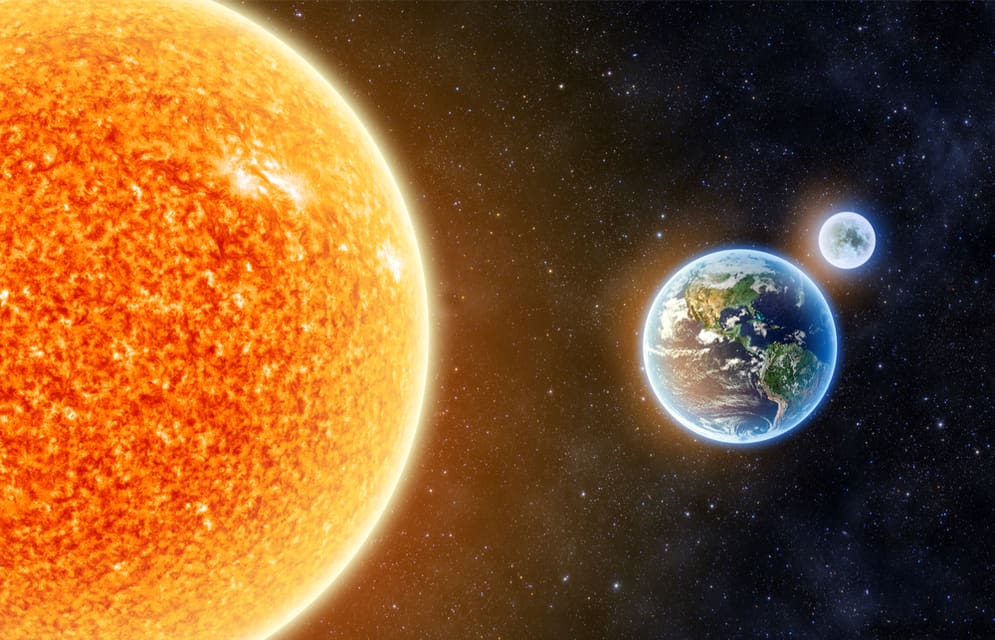 5) Although Lord Hanuman was a brahamchari, he had a son named Makardhwaja. After burning Lanka while he was returning, he dipped his tail in the sea to cool off his body. It is said, that a mighty fish (Makar) swallowed his sweat and thus Makardhwaja was conceived. He was also very brave and valiant just like Lord Hanuman. 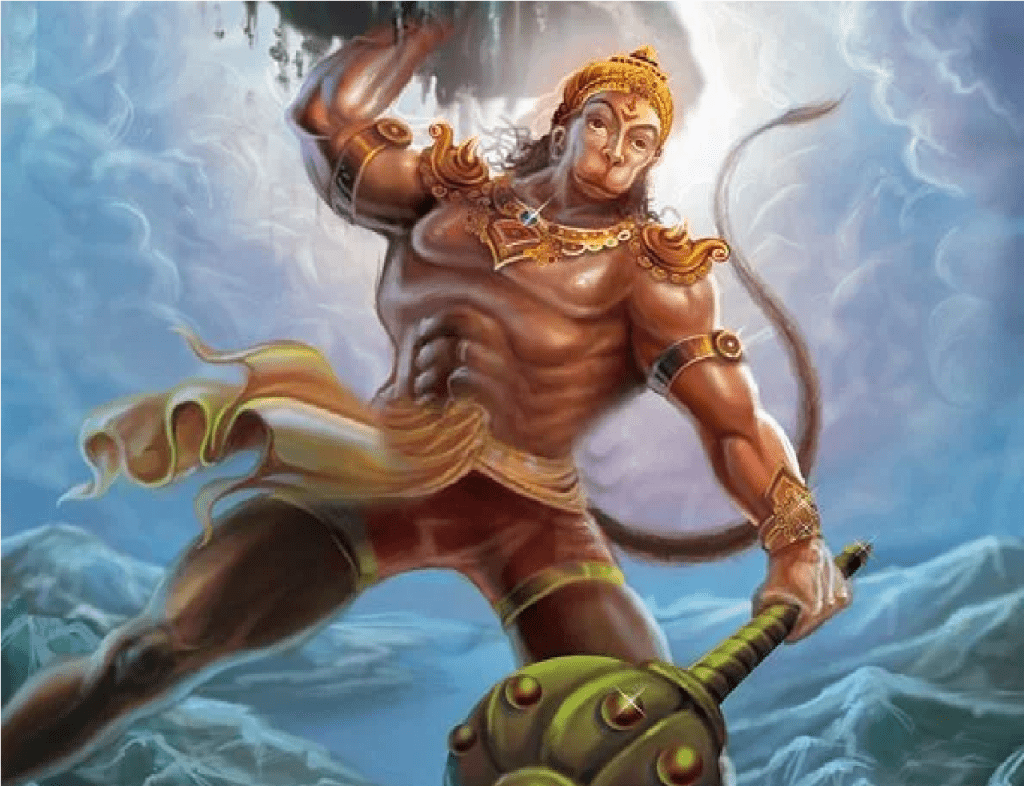 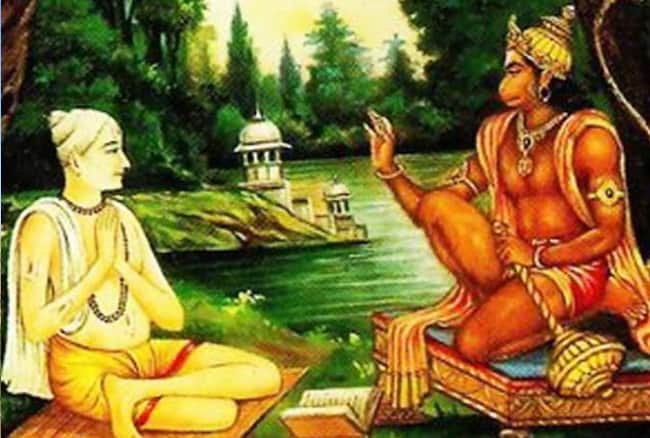 7) When Lord Ram, decided to give up his earthly existence and take the journey to Vaikuntha, Lord Hanuman wouldn’t let him die and he barred Yama from claiming him. So Lord Ram, sent him to find a ring which had fallen on the ground. While searching for the ring, Lord Hanuman met King of Spirits who explained to him that the time for Lord Ram to pass onto the other world had come & the falling of the ring signified that. 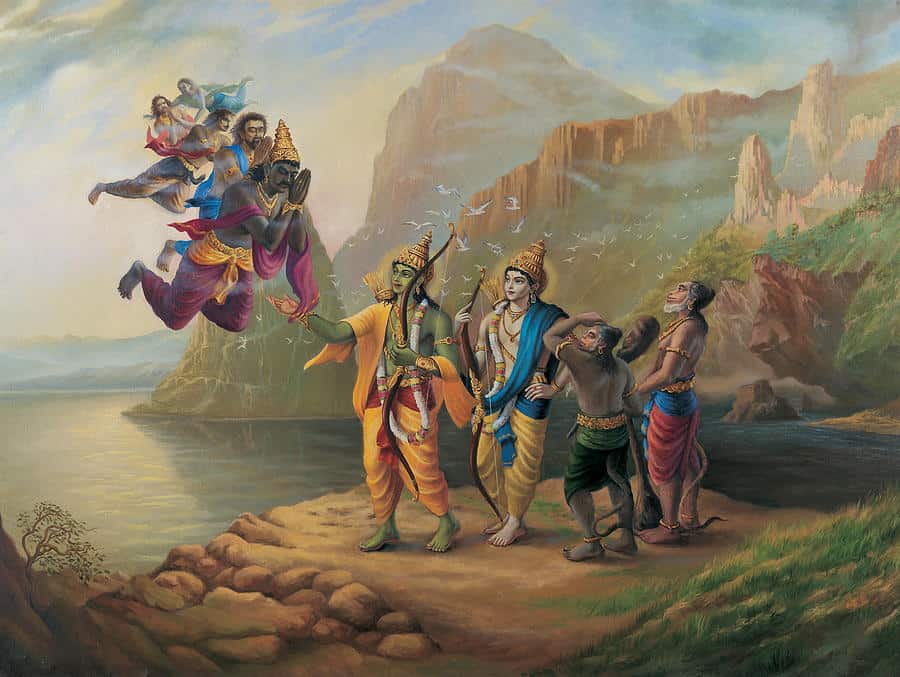