A young man was about to sit inside an F1 car to contest for the very first time in a Formula 1 Grand Prix. The occasion was big and the excitement, palpable.

The boy who had entered the sport nineteen seasons ago, has finally climbed out of his car, but after competing in not less than 349 Grands Prix. In doing so, he kept up with the sport, went out of it, came back, lost, won, did all of that to achieve no fewer than 21 wins, 103 career podiums, 46 fastest laps and a world title with the great Ferrari team. Two decades earlier, he was a newcomer.

Two decades hence, he’s known to everyone as the Iceman. Then, he was looking to go big. Today, as he leaves the sport, amid forlorn faces but without discarding the cool air of unflappability about him, Kimi Raikkonen has created a legacy. It’s a legacy based on great speed and pure love for racing. And that’s about it. Everything else to him was bullcrap…nevermind! Those who contested him on the track regard him as a pure racer- tough and fair.
But to a world out there that wishes to understand Formula 1 or what is meant by relentless speed, great reflexes, patience or stamina, fair to say that for time immemorial Kimi Raikkonnen will always spring to mind!

We pay respects to the Iceman of F1 racing by remembering some of his underrated moments: 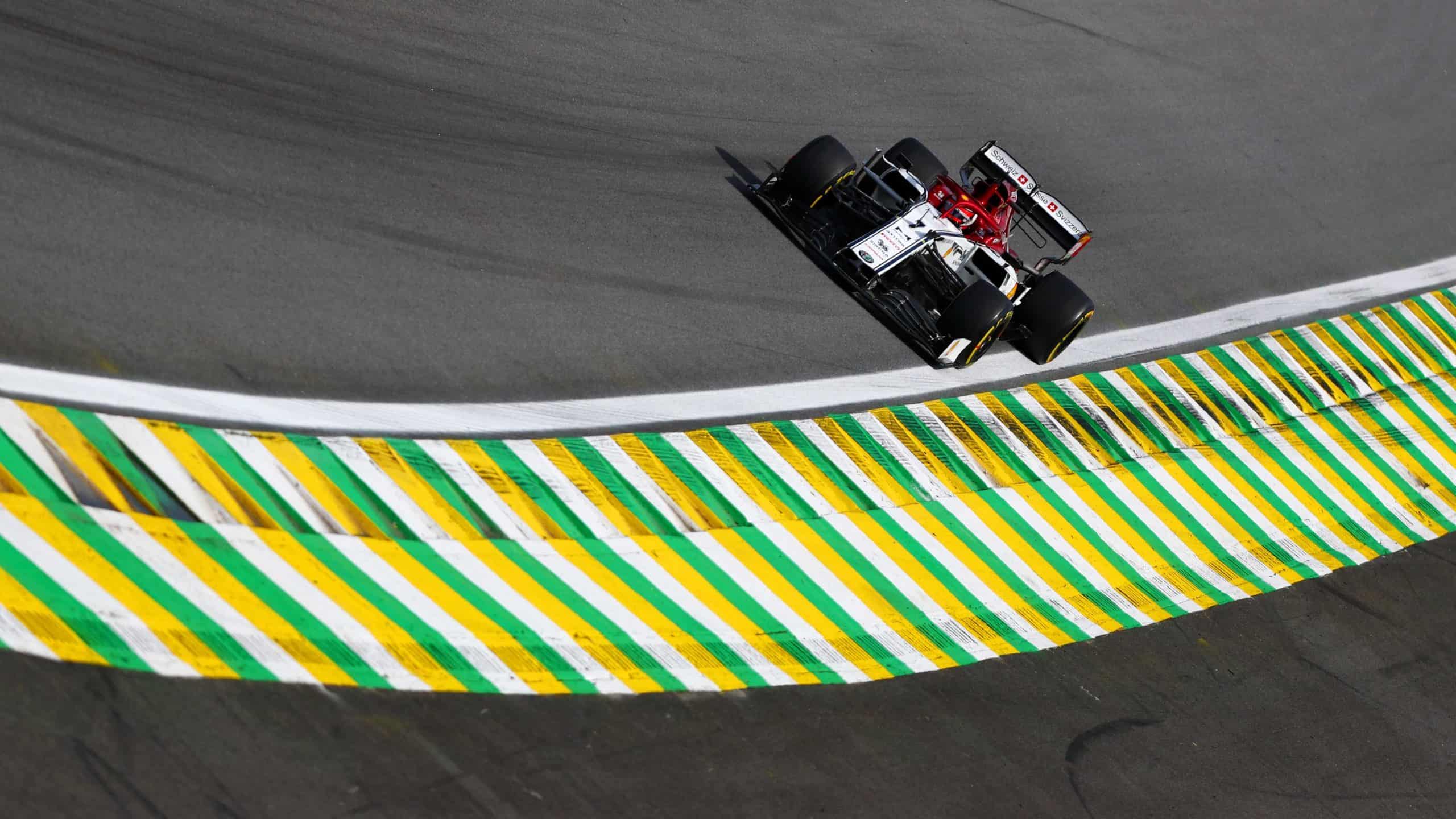 Not many would remember Kimi Raikkonen’s drive at the 2019 Interlagos-bound Sao Paulo Grand Prix in Brazil. Yet, to this day, it remains an important result for the Alfa Romeo driver.

This would be the occasion where a hard-fought P4 would result in Kimi’s best performance in a not-so-fast Alfa Romeo.

There are drivers for whom a race win is the biggest joy. Then there are those who relish a podium finish. But how many cherish a P4? For a driver who was plagued – not assisted – by a recalcitrant midfielder, the Brazilian GP result was no less than some triumph.

It would be a result that would be earned at the back of finding great grip and making some bold passes in a less-than-impressive car. That Antonio Giovinazzi finished fifth, right behind his team-mate and hero, would mark the Brazil race as a special one for the Vasseur-led side. 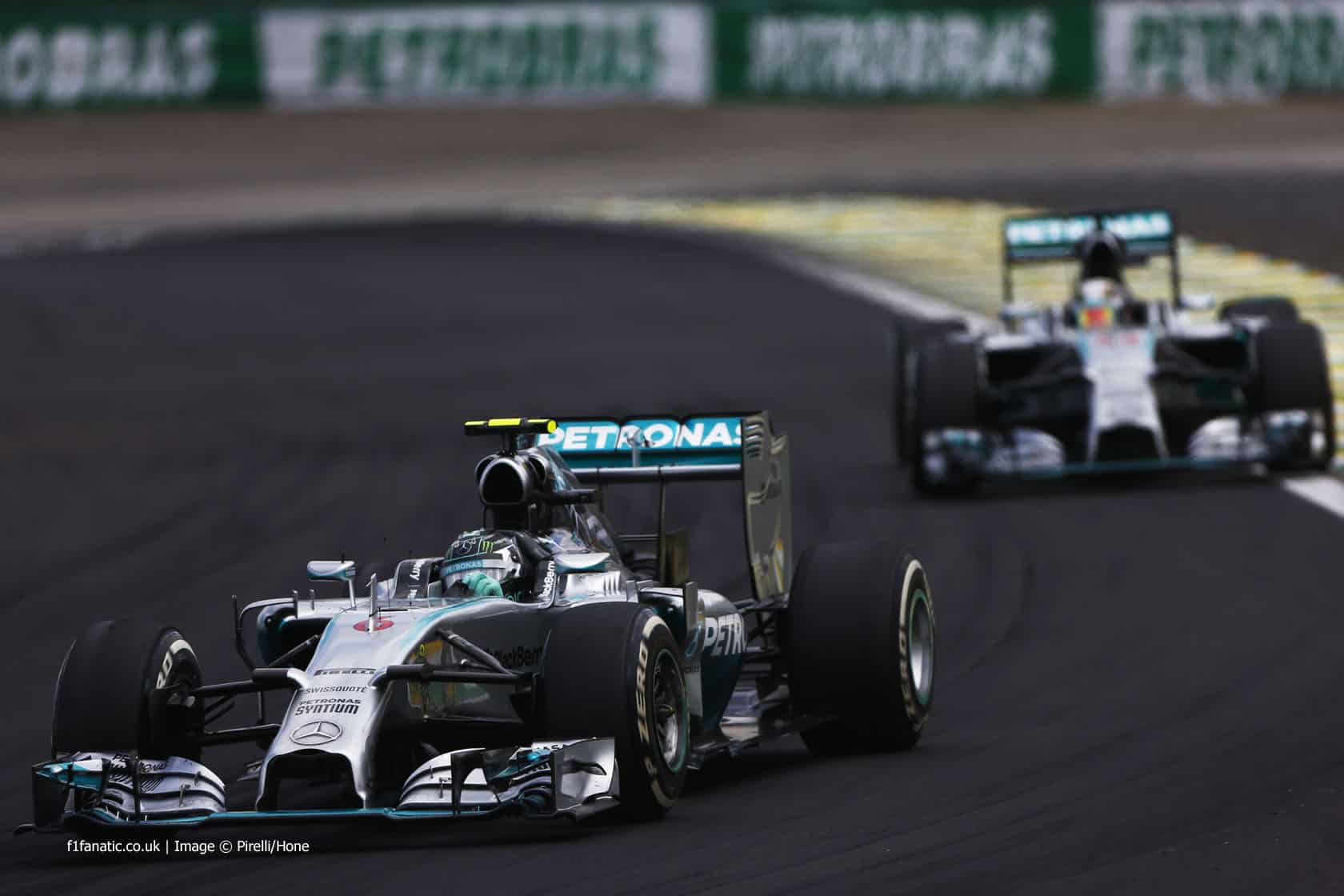 At the conclusion of the 2014 Formula 1 season, there wasn’t much to say about the two Ferrari drivers.
While Fernando Alonso bagged 161 points, his teammate Raikkonen would gather only 55. In a season where the laconic Finn failed to score a point in as many as six Grand Prix races, the contest at Spa-Francorchamps provided much relief to an embittered Raikkonen.

Finally finding some form, Kimi pushed his car to a fighting fourth in the end, managing a great battle with Valtteri Bottas (then, with Williams) in the process.

He was usually the fastest among the two McLarens’ and Williams’ at the sprawling venue. In doing so, Raikkonen would also outscore Alonso, who finished seventh in the picturesque Belgian event. Never again would Kimi improve upon his P4 or land himself on the podium for the rest of his career at Spa. This is something that’s hugely sad given he was once a four-time winner at the very venue. 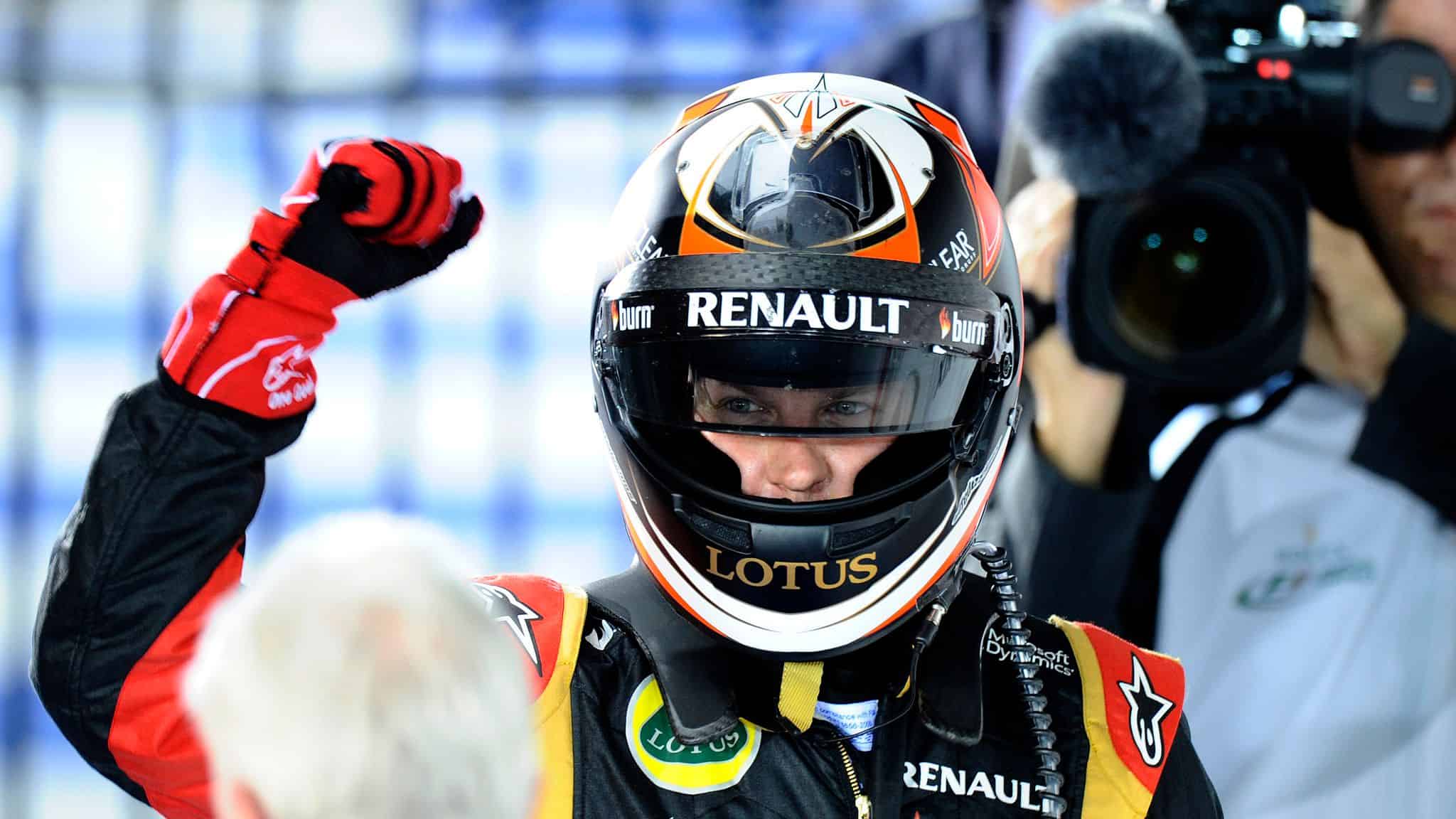 The Australian F1 Grand Prix of 2013 continues to be an unsung race victory for Kimi.

One of the more underrated race wins of his career came in Melbourne, home to the Australian Grand Prix in 2013.
Driving for an often under-appreciated Lotus, Kimi would go on to collect a fine win at the curtain-raising event back in the day.

But in so doing, he’d first make up a couple of early moves to position himself in closer proximity to the lead of the race.

Later, when the opportunity came, Kimi Raikkonen went for the kill as in executing a daring pass on Adrian Sutil, the Finn’s Lotus would ascend to the track position of the Grand Prix. At a venue where any among the Ferraris, Red Bulls or McLarens could have gone on to record a race win, seeing Lotus succeed thanks to a determined hero’s efforts was special, uplifting even. The Australian win remains one of the lesser-talked-about events in the life of the enigmatic racer. 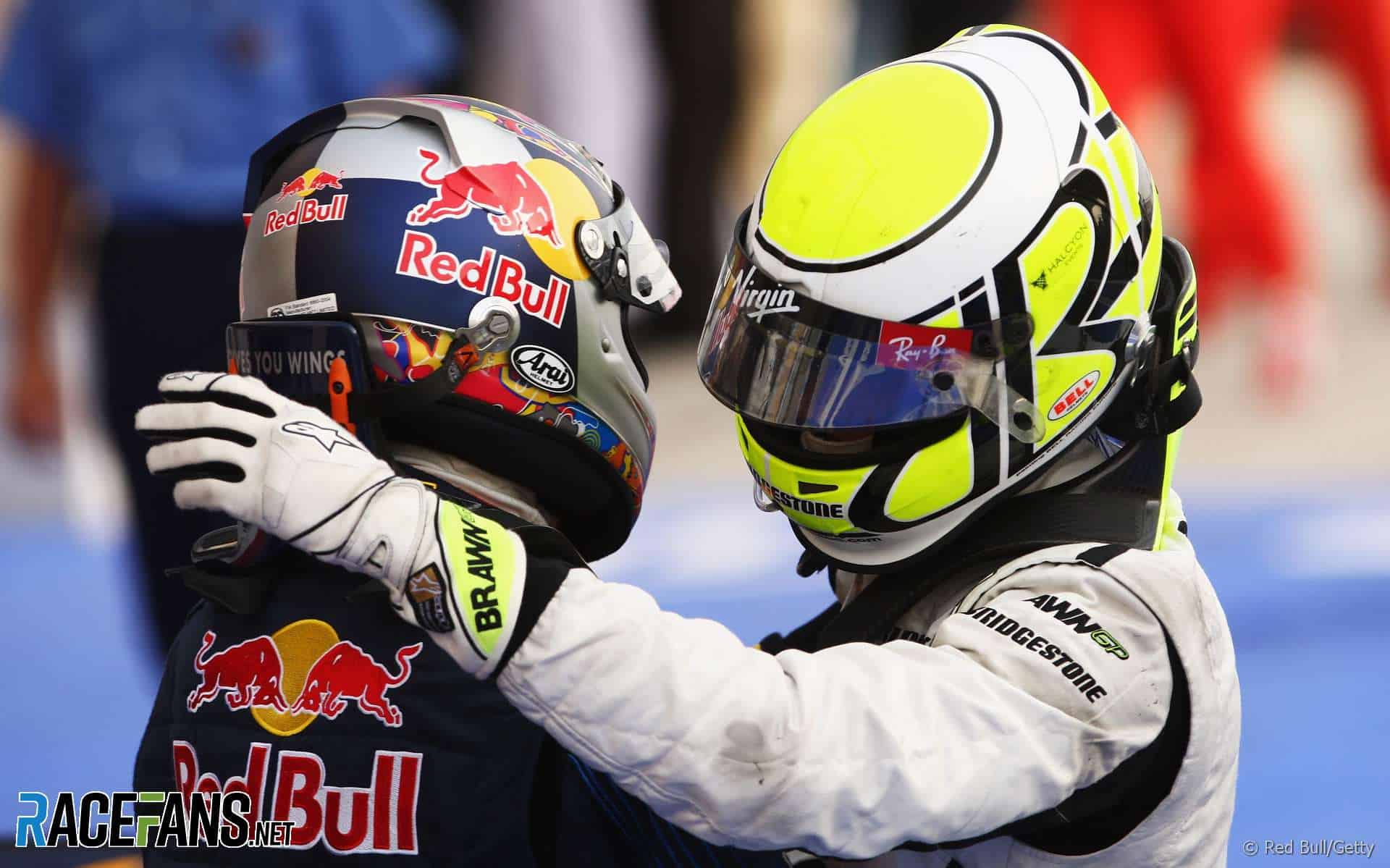 Kimi Raikkonen contested in an action-packed and very dramatic Brazilian Grand Prix of 2009. It would be a race that would yield not one or two, but six different retirements.

But at the midway stage, Raikkonen, beginning from fifth on the grid, would box for a new set of tires.
Right ahead of him was the McLaren of Heikki Kovalainen. His fellow Finn had boxed so as to get a new front wing, the existing one damaged owing to a light contact with Webber.But, much to everyone’s surprise, Kovalainen was released in an unsafe fashion, with the fuel hose still attached to his McLaren. This would ultimately lead to a spray of fuel, with the car trailing him suffering the consequences.Raikkonen’s exhaust ignited the split fuel into a fireball and what followed were very scary scenes.

Yet, instead of panicking, the Iceman continued undeterred, finishing sixth in the end when he could so easily have retired from the race. 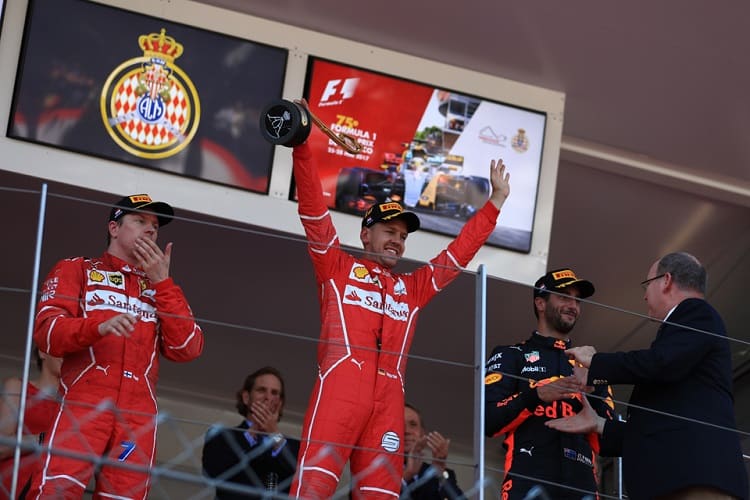 One thing clearly stood out at the 2017 Monaco Grand Prix. It was the sight of a forlorn-looking Kimi Raikkonen, when that should never really have been the case. For a driver who, aged 38, clocked the fastest lap during Saturday’s qualifying to take pole, Kimi’s seeming upset on second didn’t quite seem right.

Yet, there was a reason for it. At the halfway stage, Ferrari took a bold and perhaps surprising call to ask their pole sitter to box for an unscheduled tire change. In so doing, the driver who, until such time, was second, Sebastian Vettel, took the lead of the race and resultantly, Kimi emerged on P2. Kimi would hold onto the position until the end to account for a Ferrari 1-2 finish in the end. However, his quality effort that resulted in 1:12:178 on Saturday would produce a rather unsung effort for the Finn, one that should ideally have resulted in a race win.
How many manage a pole at that age anyway?